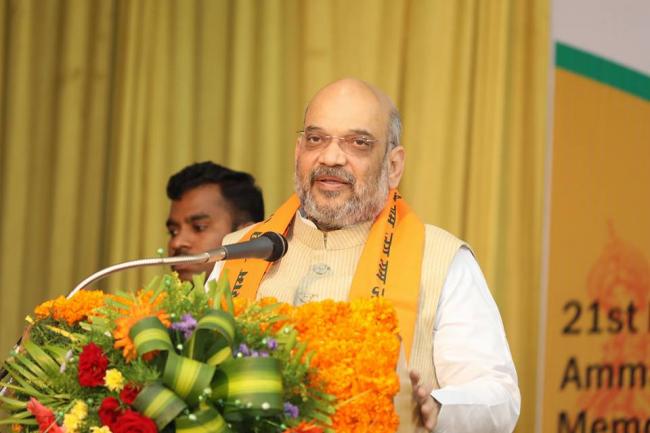 TDP's decision to quit NDA was 'unilateral', says Amit Shah in a letter to Chandrababu Naidu

Shah's letter has been quoted by The Indian Express : "(TDP) decision is both unfortunate as well as unilateral. It is a decision; I am afraid, will be construed as being guided wholly and solely by political considerations instead of development concerns."

The TDP had withdrawn itself from the NDA government over the demands of a special status for the state.

The Andhra Pradesh ruling party had alleged that the BJP-led NDA government failed to fulfill the promises it made to the state.

However, Shah has nullified such allegations made by the TDP saying Prime Minister Narendra Modi and the BJP government are always for the development for all.

The BJP President said the central government are committed to develop Andhra Pradesh.

Shah said: "Andhra Pradesh is the only state to receive the award of revenue deficit grants for all the five years besides the north-eastern and hilly states. Does that not show that the Central Government has been sensitive to the needs of Andhra Pradesh?"

The TDP had first withdrawn its two ministers from the NDA government.

Days after quitting the ministries, Naidu's party pulled itself from the NDA government.

The TDP's quit from the central government had raised the instant speculations about a possible third front which are doing the talks for sometime at the national level.