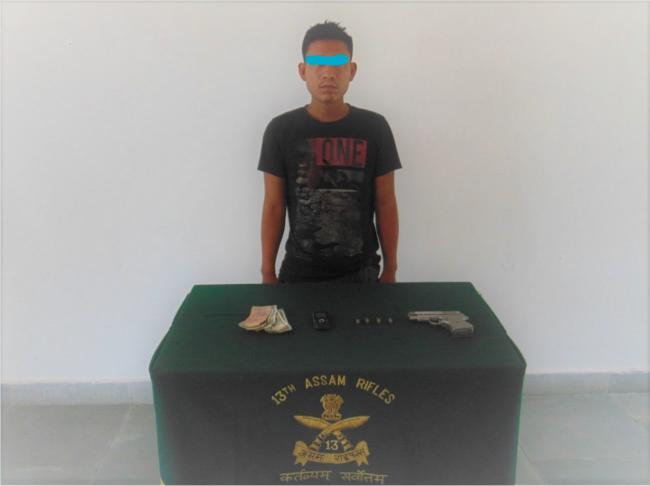 Kohima based Defence PRO Colonel Chiranjeet Konwer said that, based on intelligence input, the Jairampur battalion of Assam Rifles under the aegis of DAO Division launched an operation at 17 Mile area in Changlang district and apprehended the militant.

The nabbed militant was identified as Chajong Mossang and security personnel recovered a pistol, live ammunition in possession from him.

“The militant was forcefully trying to extort money from the local populace. Post spot interrogation, he admitted to being an active part of NSCN(R) since October 2016. The nabbed militant also admitted to being a part of a fire fight against the same unit way back in August 2017,” Colonel Konwer said.