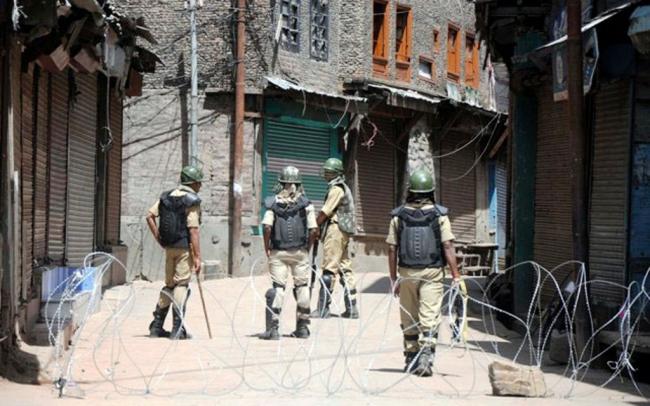 Jammu and Kashmir: One terrorist killed

Srinagar Mar 4 (IBNS): A terrorist was killed in an brief encounter with security forces in Shopian district of south Kashmir on Sunday evening, police said.

In a retaliatory fire, one unidentified terrorist was killed while other managed to escape, taking advantage of darkness.

The fire was retaliated and it triggered off a brief gunfight.

"During  an exchange of gunfire, an unidentified  terrorist  was killed and his body, along with a rifle, was recovered," the spokesman wrote.

The spokesman further wrote that the identity of the militant is being ascertained.

Meanwhile, security forces have intensified searches in the area to nab the escaped terrorist .