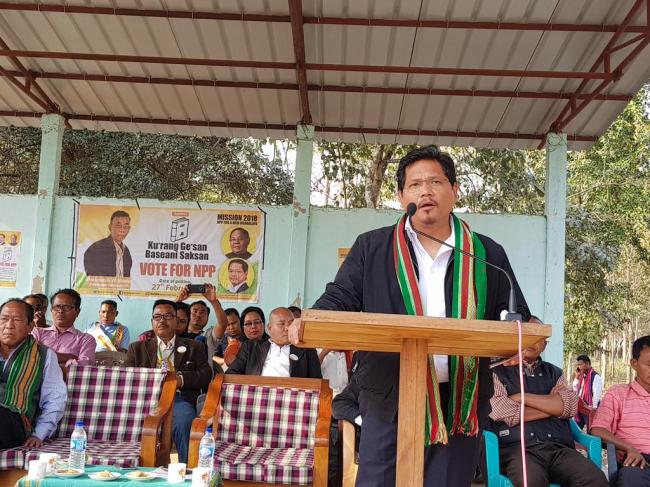 Sangma is likely to be the next CM of the state.

Speaking on the development,   BJP leader Himanta Biswa Sarma tweeted: " Happy to share that 34 newly-elected members belonging to NPP, UDP, PDF, HSPDP, @BJP4India and one independent member are meeting Hon Governor to stake claim to form government in #Meghalya. Sri Conrad Sangma will be the leader of this coalition."

The ruling Congress bagged 21 seats in the 60-member Meghalaya assembly and emerged as the single biggest winner.

Following the verdict, party leaders met Meghalaya governor Ganga Prasad late last night and demanded that it should be invited to form the next government.

On the other hand, both the BJP and National People's Party (NPP) also tried to woo regional parties to forge an alliance in order to form the cabinet.

To give Congress an upper hand, senior party leaders Kamal Nath and Ahmed Patel rushed to the state capital Shillong on Saturday, moments after the verdict threw in a stalemate.

On Sunday, NPP Chief and Chief Ministerial candidate, Conrad Sangma, met Minister of State for Home and senior BJP leader Kiren Rijiju, after a crucial meeting in presence of the newly elected candidates of NPP.

Sangma earlier said that they have spoken to like-minded parties and picture will be cleared on Sunday.