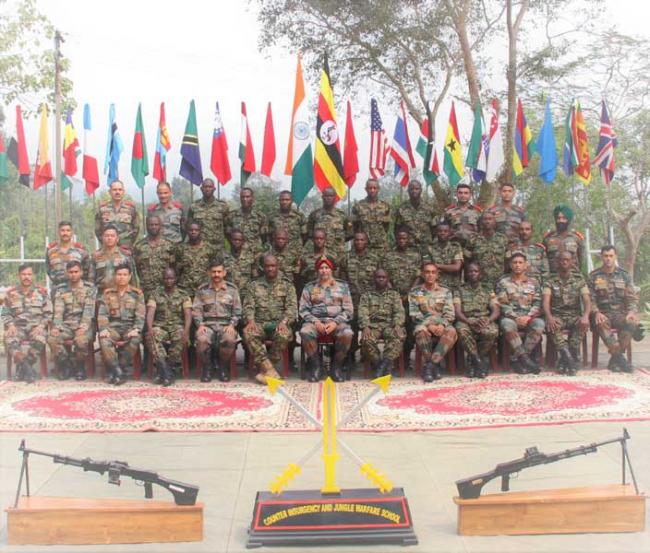 Guwahati, Mar  (IBNS) : A contingent from Uganda People’s Defence Force recentlyunderwent training at the elite Counter Insurgency Jungle Warfare (CIJW) School, in Vairengte, Mizoram, India, which is said to be one of the premier counter insurgency training institutions in the world.

Kohima based Defence PRO Colonel Chiranjeet Konwer said that tailor made training was conducted and highly appreciated by the officers and men of the Uganda Army.

"The members of the contingent during their stay were introduced to all relevant aspects of Countering Terrorism Operations. In addition, they were also exposed to the training infrastructure available and its functioning to establish a similar school in Uganda. The contingent interacted with Maj Gen MS Ghura, SM, VSM, Commandant, CIJW School during their training," Colonel Konwer said.

The visit concluded with an exchange of mementos and assurances of continued cooperation between both armies and nations, fighting terrorism in their respective countries.