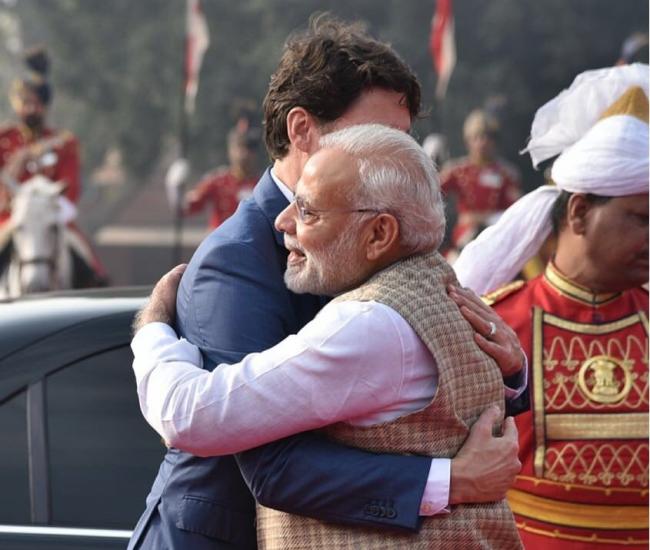 A ceremonial welcome was given to the Canadian leader who is on a week-long visit to India.

Modi earlier tweeted that he was   looking forward to meet his Canadian counterpart. 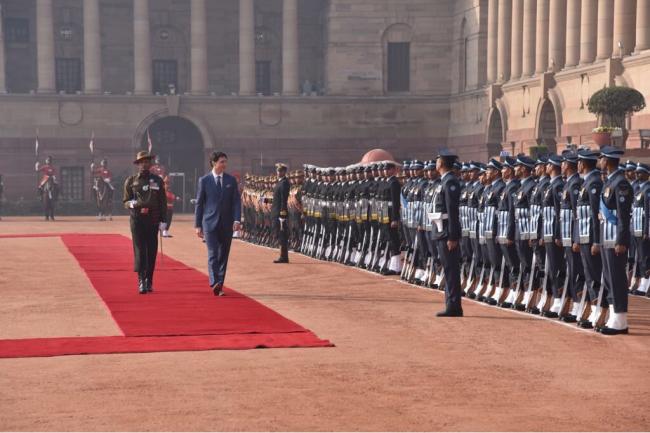 "I look forward to meeting PM @JustinTrudeau tomorrow and holding talks on further strengthening India-Canada relations in all spheres. I appreciate his deep commitment to ties between our two countries," Modi tweeted.

Trudeau, who is on a week-long visit to India, will stay till February 23. 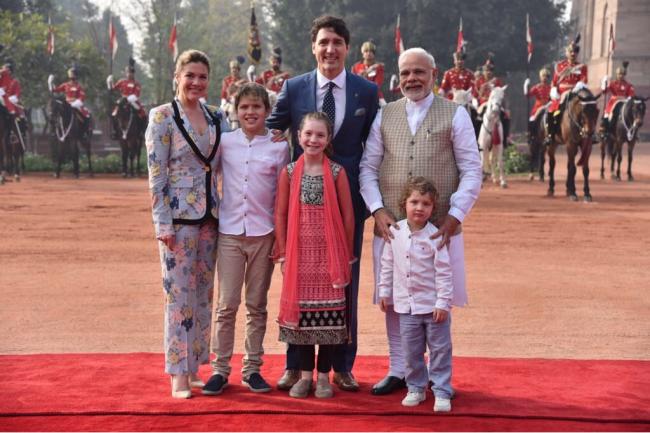 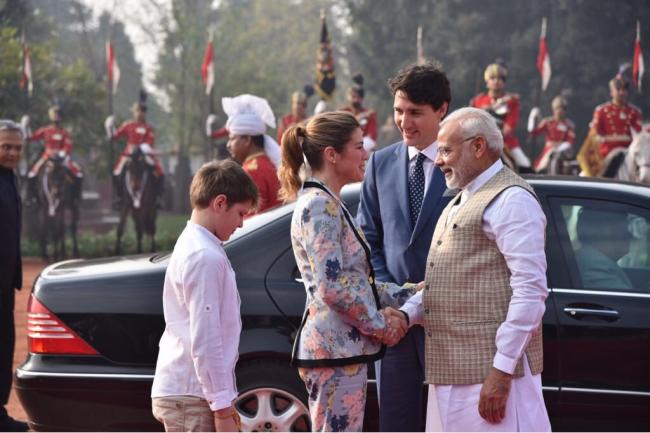 Trudeau has meet several Chief Ministers of the country and Bollywood stars during his stay in India so far.