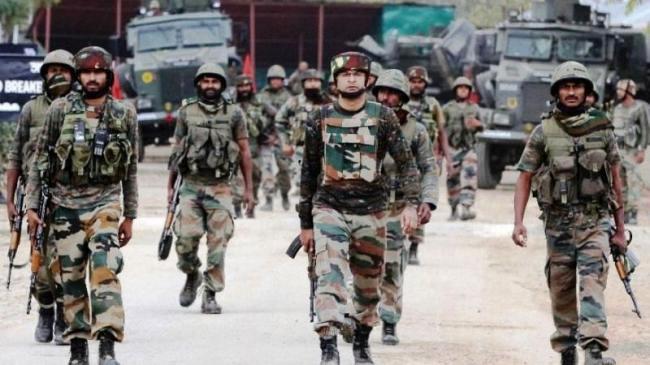 Srinagar, Feb 13 (IBNS): An encounter that started in Srinagar city of Jammu and Kashmir on Monday is still going on, with intermittent firing and blasts being heard through the night, officials said on Tuesday.

A joint operation is being carried out by the Central Reserve Police Force (CRPF) soldiers and the Jammu and Kashmir police.

Early reported, alerted soldiers of CRPF Santry foil "Possible Fidayeen Attack" on their camp and opened fire on suspected militants who were trying to enter into the camp, but militants managed to escape and took shelter into nearby building.

During gunfight, a soldier of the CRPF died and two policeman were injured, spokesman added.

The CRPF camp is near the hospital from where a Pakistani militant escaped on Feb 6.

Through the day loud gunshots could be heard as security forces engaged with the two militants .

Yesterday's attempt to attack the CRPF camp comes just two days after a terror attack in Jammu's Sunjuwan army base camp, in which five soldiers and a civilian were killed. At least ten people, including soldiers, women and children, were injured.