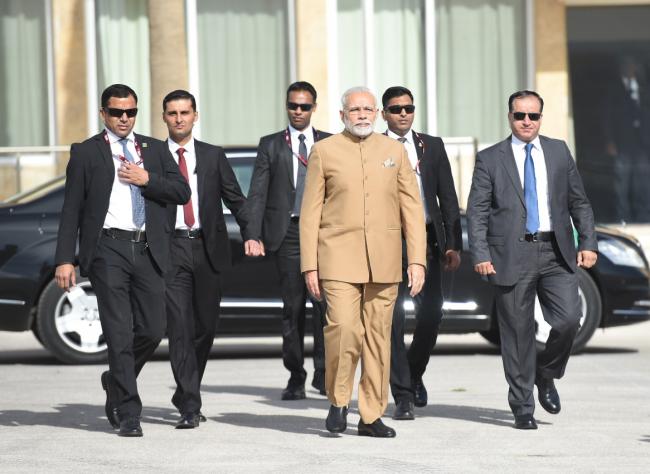 "This will be the first ever Prime Ministerial visit to Palestine from India," PM Modi  had said in a statement about the visit that New Delhi has described as "historic".

His Palestine visit comes  alongside his  three-nation visit to Jordan, United Aram Emirates and Oman.

The Prime Minister, on reaching Ramallah, laid a wreath at the Mausoleum of late President Yasser Arafat, where he was  accompanied by his Palestinian counterpart, Rami Hamdallah.

PM Modi went round the Yasser Arafat Museum located adjacent to the Mausoleum.

Modi will hold meetings and exchange agreements with ministers in Ramallah.