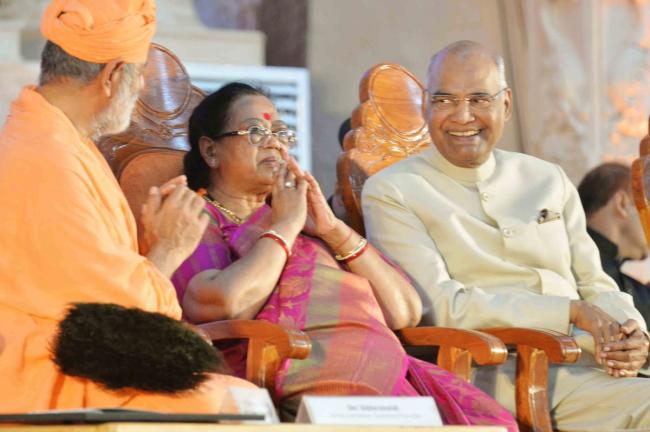 The Mahamastakabhisheka Mahotsav, or head-anointing ceremony, of the 57-feet tall monolithic statue, is celebrated once every 12 years.

Bahubali or 'One With Strong Arms' was the son of Adinath, the first Tirthankara of Jainism. 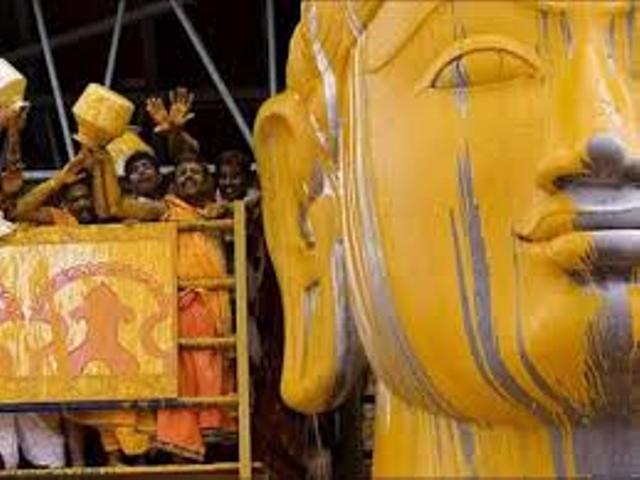 Not only Jain pilgrims, who hold this festival in high esteem, crowd here but people from around the globe arrive to watch the grand ceremony.

The statue is anointed with flowers, turmeric, and sandalwood powder, according to reports