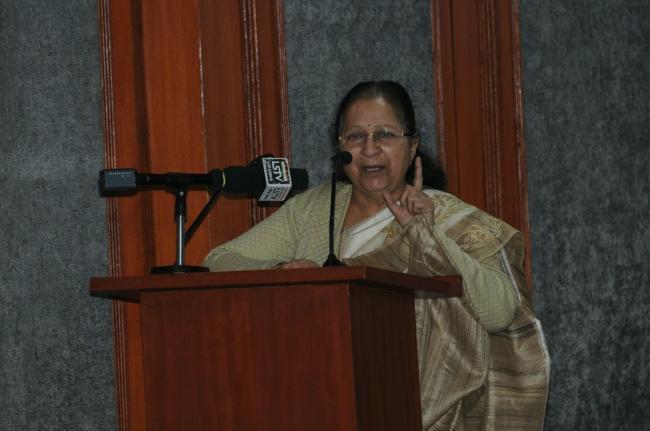 New Delhi, Jan 27 (IBNS): Lok Sabha Speaker Sumitra Mahajan has called an all-party meeting on Sunday, ahead of the forthcoming Budget session of Parliament, according to media reports on Saturday.

With the Budget session of the parliament scheduled to start on Monday, Mahajan has planned for a meeting with the House  leaders of all political parties as several contentious issues, including the Triple Talaq Bill, are scheduled for discussion during the said session.

The first leg of the session will be held between January 29 and February 9 with the government presenting the economic survey on January 29 followed by the Union Budget on February 1, media reports said.