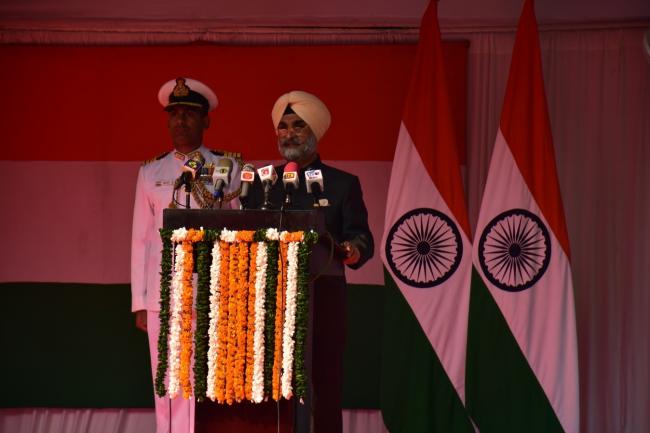 Indiaâ€™s development grants to Sri Lanka amounts to US $ 2.76 billion

Colombo, Jan 26 (IBNS) Congratulating the Sri Lankan government for completing its three-years in office, the Indian government has said that it had given US $ 2.76 billion development grants to Sri Lanka.

The Indian High Commissioner in Sri Lanka Taranjit Singh Sandhu addressing the gathering at the celebrations held in Colombo, today, to mark the 69th Republic Day of India, said that there was a special place for Sri Lanka in the hearts of Indian people.

“India has given over US$ 545 million as outright grants to Sri Lanka,” he said spelling out the progress made in some of the Indian assisted projects in Sri Lanka.

The expansion of Indian assisted 1990 Emergency Ambulance Service nationwide, completion of nearly 46000 houses in the North and East and ongoing construction of 14000 houses in the plantation sector, fresh infrastructure assistance of US$ 318 million for development of Sri Lanka Railways and US$ 45 million for renovation of Kangesanturai Harbor are among the other Indian assisted projects in Sri Lanka.

Sandhu recalled that both India and Sri Lanka celebrate 70 years of independence. He read out excerpts from the address to the nation by the Indian President Ram Nath Kovind on the eve of the Republic Day.

“The idea of Vasudhaiva Kutumbakam – is that World being one family and the principles of compassion, of assisting those in need, of building capacities of our neighbors, are the principles that underpin Indian society - the very principles India brings to the International Community,” Sandhu quoted the President Kovind

High Commissioner Sandhu and his officials paid their respects to the fallen soldiers of the Indian Peace Keeping Force (IPKF) at the IPKF memorial in Colombo.