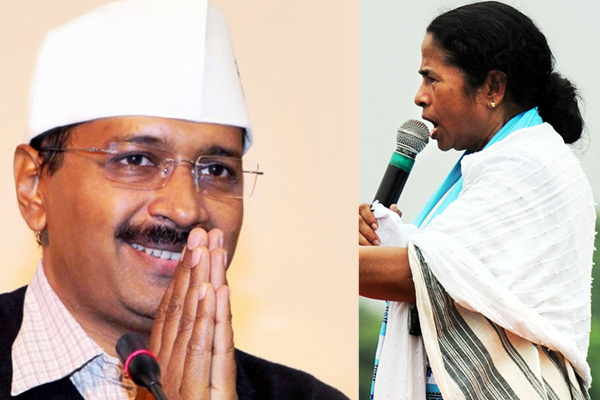 Disqualification of 20 AAP MLAs is most unfortunate: Mamata Banerjee

Kolkata, Jan 19 (IBNS): West Bengal Chief Minister Mamata Banerjee on Friday came out supporting the Aam Aadmi Party and called disqualification of  20 MLAs of the party in Delhi for allegedly holding office of profits as parliamentary secretaries as "unfortunate".

She said the move was against 'principles of natural justice'.

"A Constitutional body cannot be used for political vendetta. The 20 AAP MLAs were not even given a hearing by the Hon EC. Most unfortunate. This goes against the principles of natural justice.At this hour we are strongly with @arvindkejriwal and his team," Banerjee tweeted.

In a major setback to Arvind Kejriwal, 20 Aam Aadmi Party (AAP) MLAs of Delhi are set to be disqualified for allegedly holding office of profits as parliamentary secretaries, media reports said.

The Election Commission on Friday has sent its recommendation of disqualifications to President Ram Nath Kovind for approval.

However, AAP will not face any problem in running the Delhi government immediately, as the party has 67 out of 70 Assembly seats.

The Congress, which currently has no member in the Delhi Assembly, said it is ready for the mid-term polls in 20 vacant seats.

AAP will hold a press conference at 3 p.m. to explain their stand on the entire development.

The case pertaining to the office of profit was first raised by Delhi lawyer Prashant Patel's petition after Kejriwal's clean sweep in 2015 Assembly poll.