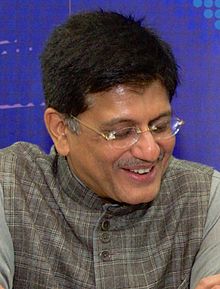 New Delhi, Jan 16 (IBNS): In a major initiative to ensure expeditious implementation of ambitious Railway Infrastructure Development Plans, Ministry of Railways is organizing a “Mega Conclave” on Wednesday with all stakeholders including leaders of the construction industry.

The Conclave will not only see Railway Board Members and Senior Zonal Railway Officials interacting with construction industry captains but will also see Minister of Railways & Coal, Piyush Goyal to have a mutual dialogue and personal interaction with the participants.

The Conclave named as “NIRMAN – SAMVAAD” is being organized by Railways PSU Rail Vikas Nigam Ltd. (RVNL) which is a dedicated arm of the Ministry of Railways for fast track implementation of railway projects.

The Conclave will provide an opportunity to discuss the impediments/constraints faced in implementation of the projects and to seek suggestions to remove bottlenecks and bring about efficiencies in project execution on Railways.

Senior Officers of Railway Board, Zonal Railways, CPSEs and top executives of about 400 construction and consultancy companies will be participating to deliberate upon the issues/impediments being faced by the industry and arriving at possible remedies thereof.