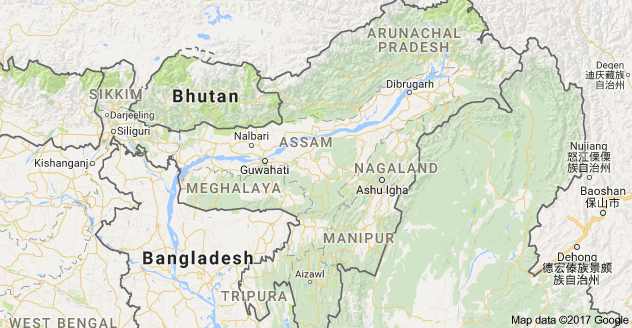 Death of a youth in police custody triggers violent protest in Assam, one protester killed, several others injured

Guwahati, Jan 10 (IBNS) : Death of a youth in police custody has triggered massive violent protests in Assam on Wednesday.According to the reports, one protester was killed and several others, including five police personnel were injured, when local people engaged in a clash with security personnel in Assam's Darrang district after a youth was allegedly died in police custody.

The incident took place at Dhula area in Darrang district, some 110 km north from Guwahati.

According to the reports, on January 9, the Dhula police had raided the house of Hasen Ali suspecting that he is involved in illegal arms trade and pick up him to police station.
Later Hasen Ali was shifted to Guwahati Medical College Hospital for his illness but he died at the hospital on Tuesday night.

While the local people hearing the incident, thousands of people had come out to the road and protested against police act.
Protesters also blocked the NH 15 and demanding to take stern action against the accused police personnel as the youth died in police custody.

“Hasen Ali was an innocent youth. But police had picked up him from the house for his alleged involvement with illegal arms trade. It is a baseless charge,” a local resident of Hasen Ali’s native village said.
The situation turned violent after some protesters started attacking the Dhula police station by pelting stones.

In the protesters attack, at least five police personnel were injured and after police and CRPF personnel had resorted baton and used tear gas to control the situation.
Several protesters had received injuries in the police baton charge and tear gas shells firing.

While the situation turned more violent, police opened fire upon the protesters.
One protester identified as Moinul Hoque was killed in police firing incident and several others injured.

Meanwhile, the district administration has clamped indefinite curfew in the area fearing about fresh violence.
Following the incident, the Darrang district police suspended Ranjit Hazarika, the OC of Dhula Police station Ranjit Hazarika and taken him into police custody.