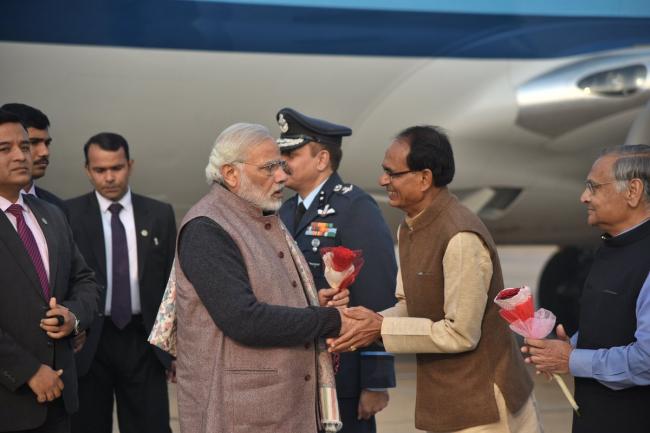 Through the day, there were presentations and useful discussions on various subjects relating to security.

A presentation was also made on the implementation status of decisions taken during the last three years.

Over meals, the Prime Minister had focused discussions with select groups of officers, on specific security and policing issues.

The Prime Minister's interactions lasted a total of over nine hours.

Earlier, on arrival, the Prime Minister unveiled plaques to mark the inauguration of five new buildings at the BSF Academy.

The discussions shall continue on Monday.

The Prime Minister will address the valedictory ceremony of the Conference tomorrow afternoon, before departing for Delhi.