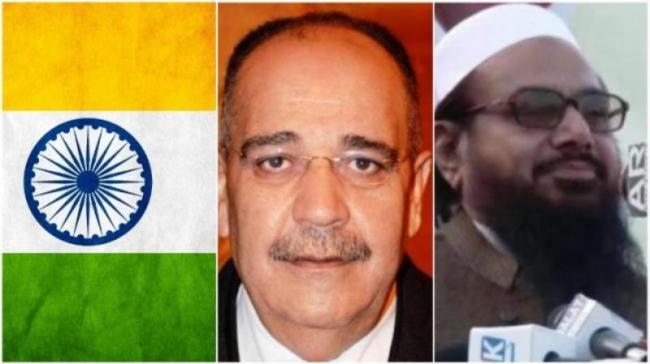 An unintended mistake, but not justified: Palestine tries to pacify India

The blunder was committed by Palestine's ambassador to Pakistan, who was seen sharing the stage with designated terrorist and 26/11 Mumbai Attack mastermind Hafeez Saeed in Pakistan's Rawalpindi.

Reacting vehemently, India didn't pull off any false modesty and made their intentions clear in a strong-worded statement.

What followed was a calculated measure from Palestine, who said, 'it was an unintended mistake, but not justified'.

India too accepted the apologies and said that they trusted the Middle Eastern regime.

In its statement, Palestine also thanked India for supporting the nation during this month's UN Resolution that scrapped US President Donald Trump's decision of naming Jerusalem as the capital of Israel.

A statement from New Delhi, pertaining to the matter, read: "India's position on Palestine is independent and consistent" and that "it is shaped by our views and interests, and not determined by any third country."

Trump had faced a thumping loss at the UN, as 128 nations voted against him, opposed to the nine pro votes.

The statement from Palestine read: "The State of Palestine highly appreciates India's support in its tireless efforts to end the Israeli occupation and the establishment of an independent State of Palestine on the 1967 boarders with East Jerusalem as its capital and this is especially seen in the honorable position that India has taken by voting in favor of the resolution in the United Nations General Assembly last week."

According to reports, the rally in Rawalpindi was organised by Difa-e-Pakistan Council, a coalition of hardline Islamic parties in Pakistan.