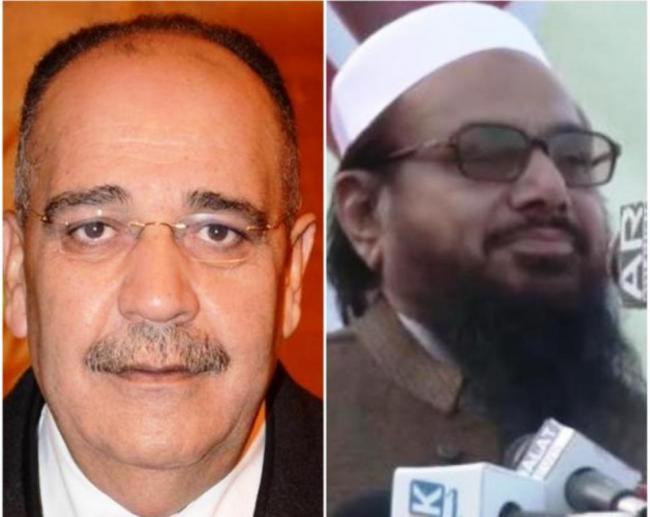 New Delhi, Dec 30 (IBNS): India lodged its displeasure to the Palestinian authorities over the sharing of dais by the country's ambassador with 26/11 Mumbai terror attacks mastermind Hafeez Saeed during an event in Pakistan's Rawalpindi city on Friday.

India told Palestinian authorities that the move made by the ambassador was 'unacceptable'.

On Friday, Walid Abu Ali, Palestine ambassador to Pakistan, made a public appearance and shared stage with Saeed during a rally called by the 26/11 Mumbai terror attacks mastermind in the Pakistani city.

According to reports,  Difa-e-Pakistan Council, a coalition of hardline Islamic parties in Pakistan, held the rally in Rawalpindi, reports said.

The Palestinian envoy to Pakistan was reportedly seen sharing the stage with Saeed at the event.

This comes just days after India voted against the US and in favour of Palestine during the UN resolution that declared Donald Trump's decision to recognise Jerusalem as Israel's capital 'null and void'.

India had said that its position on Palestine is "independent and consistent."