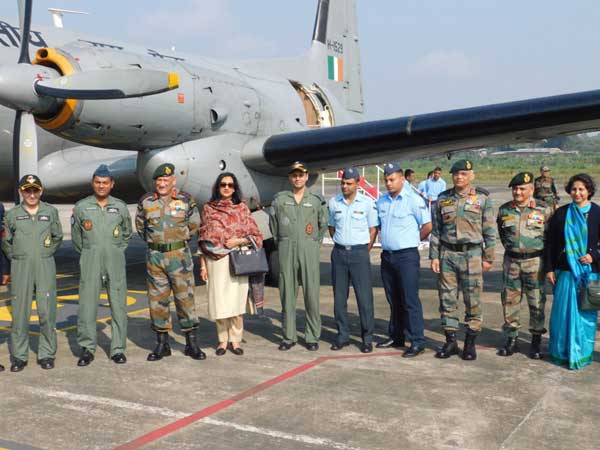 Guwahati, Dec 28 (IBNS): Chief of the Indian Army General Bipin Rawat reached Dimapur in Nagaland on Thursday to commence his visit to important locations in Assam, Nagaland and Manipur and spend time with the Spear Corps over December 28 and 29.

Besides attending briefings at various Army and Assam Rifles headquarters, General Bipin Rawat will also call on the Chief Minister of Nagaland to discuss vital aspects pertaining to the state.

Besides the prevailing security situation in these states, facilitating the ongoing peace process as well as improving employment generation opportunities, will also figure in the discussions.

The Spear Corps, besides undertaking extensive counter insurgency operations in the three north east states, are also responsible for conducting operations along the Line of Actual Control in Arunachal Pradesh.

During the visit, General Bipin Rawat will undertake an appraisal of operations of Spear Corps along the Line of Actual Control as well as counter insurgency operations.