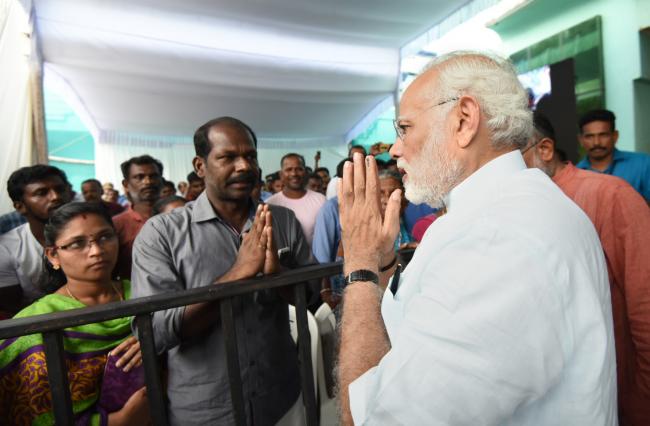 New Delhi, Dec 24 (IBNS): With the Bharatiya Janata Party (BJP) clinching third position in the Sabang by-poll in West Bengal, Prime Minister Narendra Modi on Sunday thanked people of the region for voting for his party.

The ruling Trinamool Congress party (TMC) won the the Sabang Assembly Constituency by-poll in West Bengal by a massive margin of 64,192.

Modi tweeted: "Happy to see a significant rise in the BJP’s vote share in Sabang, West Bengal. I thank the people for their support and assure them that BJP will leave no stone unturned in serving West Bengal. I appreciate the @BJP4Bengal Karyakartas for their effort."

Rita Mondal of the the Left Front backed Communist Party of India-Marxist (CPI-M) managed the second spot by securing 41,987 votes.

The win is a crucial one for the TMC more so after Mukul Roy joined the Bharatiya Janata Party (BJP).