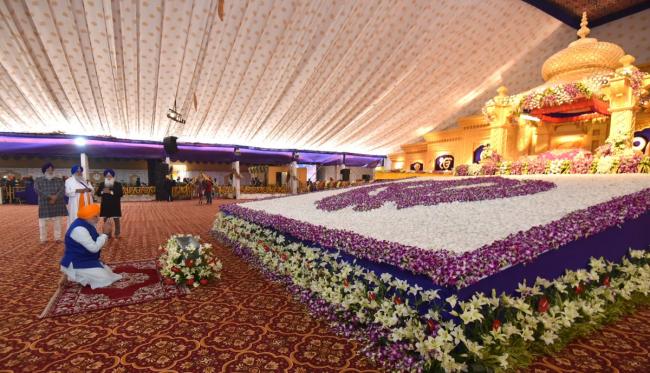 New Delhi, Dec 24 (IBNS): Prime Minister  Narendra Modi on Sunday wished the nation on the eve of Gurpurab or the birth anniversary of 10th Sikh Guru Gobind Singh on Monday.

He tweeted: "As we mark the 350th Prakash Parv, I bow to the venerable Sri Guru Gobind Singh Ji. He was an embodiment of exceptional courage and immense wisdom. His brave deeds and noble thoughts inspire people across generations."

He further said: "Sri Guru Gobind Singh Ji believed in the power of equality. He opposed all forms of social discrimination and was revered for his sense of justice as well as honesty."

In January this year, the Bihar government had organised the inaugural programme to celebrate the 350th birth anniversary or Prakash Utsav at Takht Sri Harmandir Ji Patna Sahib.

Modi had attended the event.