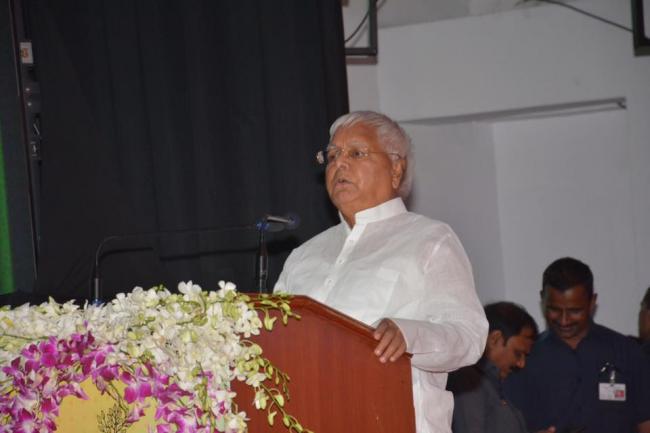 In a press conference held shortly after the verdict, the RJD spokesperson said: "It is a political vendetta. We will fight it politically. We have full faith in the judicial system."

However, other accused former Bihar Chief Minister Jagannath Mishra has been acquitted.

Out of 22 accused, 16 have been convicted. Mishra is one of those six who have been acquitted.

The case pertains to an alleged withdrawal of Rs. 89.27 lakh from Deoghar district treasury between 1994 and 1996.

Lalu Prasad has already been convicted by trial court and sentenced to 5 years jail term in Chaibasa treasury withdrawal case connected to the fodder scam.

For him he conviction in 2013 invited a ban on running for office.

Earlier, in the day, Lalu had cleared that his two sons, Tejashwi and Tej Pratap, will run the party.