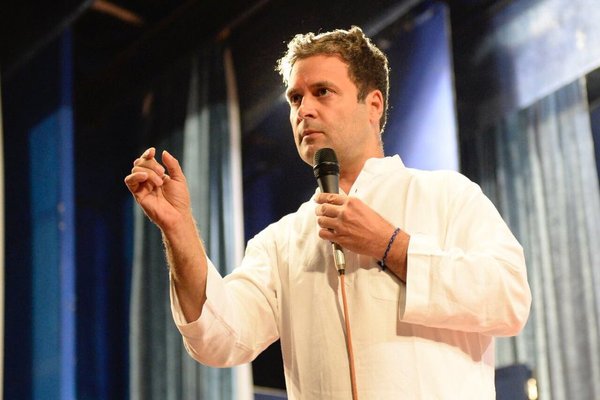 Truth on 2G is out: Rahul Gandhi attacks Centre

New Delhi, Dec 22 (IBNS): Congress President Rahul Gandhi on Friday attacked the Centre over the 2G verdict and said the 'truth' has been unveiled in front of the country.

"2G verdict is a vindication of our stand. Everyone knows about 2G, the truth is out in front of you," Gandhi told reporters.

He spoke to reporters after chairing the Congress Working Committee meeting.

"The whole architecture of the BJP is about lying," he said.

Attacking the Prime Minister, he said: "If you see the Modi model in Gujarat it was a clear lie."

Giving a relief to the Congress and its ally DMK, a special CBI court has acquitted Former Telecom Minister A Raja and DMK leader M Karunanidhi's daughter M Kanimozhi and other accused in the 2G scam case of the previous UPA regime.

The accused have been let-off  as the prosecution failed to provide sufficient proofs.