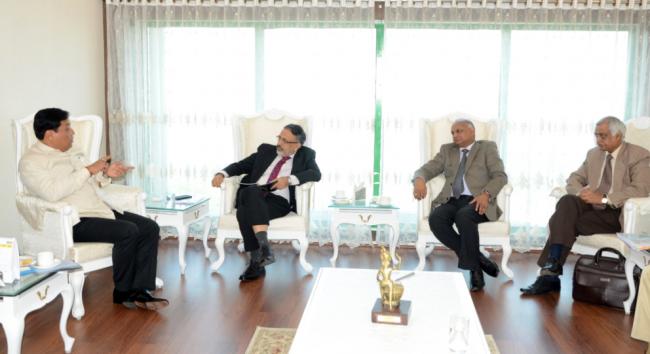 He made the comment at a time when around a week time is left to publish the first draft of NRC in Assam.

After reviewing the NRC updation progress, discussing with the top officials of Assam government in Guwahati, the Union Home Secretary said while briefing a press conference that, very significant amount of NRC works are still needed to be done.

“Over 68 lakh applications of 3.28 people and over 6 crore documents were submitted in the NRC process and verification process of maximum documents have been already done. As per directive by the Supreme Court, the first draft of NRC to be published on December 31 next,” Rajiv Gauba said.

“The Supreme Court has monitored the entire process and we are bound to maintain the time frame. The NRC updation process is a massive exercise that has been undertaken by the Registrar General of India (RGI) through mobilization of the entire state machinery,” Gauba said.

The Union Home Secretary further said it is a part of draft NRC which will be published on Dec 31 and if a person's name is not included in it then there is no need to worry over it.

“After publishing the part draft NRC, another draft NRC to be published and people can file their claims and objections, whose names doesn’t include in the draft NRC. They will take time to file claims and objections. Every Indian citizen names to be included in the NRC,” the Union Home Secretary said.

Rajiv Gauba said both the centre and the state governments have taken adequate security measures for the entire NRC process and monitored every security corner.

“The border fencing works are going on and modern electronic devices to be used in the riverine border to check infiltration,” Gauba said.

The Union Home Secretary said the internal security scenario in the North East region has been gradually improving in comparison to the past scenario.

“But few insurgent groups are still active in the region,” Gauba said.

The Union Home Secretary said that, the proposed Naga peace pact will not affect the territorial integrity of Assam, Arunachal Pradesh and Manipur.

Earlier, the Union Home Secretary had chaired a series of high level meeting with the government, security agency officials and took stock the measures taken by the state government and security agencies to deal with the situation ahead of draft NRC publication.