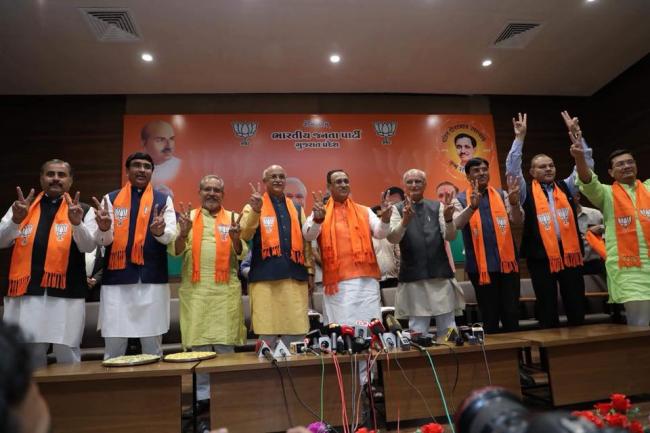 Jaitley will attend the meeting of BJP MLAs along with party's general secretary Saroj Pandey.

Though incumbent Vijay Rupani won from Rajkot West, speculations are high that the BJP is likely to pick a new face for the next term after the party's under performance in the recently concluded state election.

However, according to some media reports, Rupani continues to be the front runner to become the CM again.

While BJP National President Amit Shah had set a target of 150 in Gujarat, the party fell short of even 100 mark.

The BJP, riding on Narendra Modi's charismatic campaign, retained Gujarat for the sixth term but was restricted to only 99 seats, lowest since 1995. Congress got 80 seats.