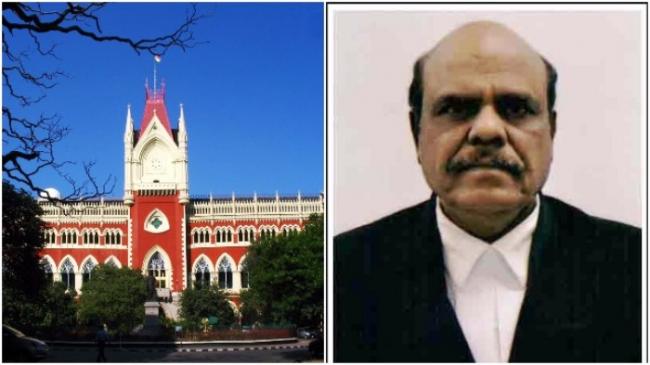 Kolkata, Dec 20 (IBNS) : Former Calcutta High Court judge C.S. Karnan who whipped up a controversy by rebelling against the Supreme Court, was released from the Presidency jail in Kolkata on Wednesday  after serving a six-month prison sentence, reports said.

He is the first sitting High Court judge in the country to have be sentenced to imprisonment.

Justice Karnan was lodged in Presidency jail on June 21 after the West Bengal Police arrested him from Coimbatore to execute the top court order. He retired on June 12.

He had been evading arrest since May 9 following the Supreme Court's verdict sentencing him to six months imprisonment for contempt of court.

The controversial  judge hit the headlines first when he accused his fellow colleagues in the Madras High Court of caste discrimination since he was a Dalit.

In January 2014, Karnan crashed into another courtroom where a two-judge bench was hearing a PIL on the selection of judges. He then lashed out at the judiciary over unfair and biased appointment of judges and warned of filing an affidavit on the issue before the court.

In February, 2017, the Supreme Court, following a plea by the Madras High Court,  issued a contempt of court notice against him for allegedly degrading the judicial institution. A seven-judge Bench, led by then Chief Justice of India J.S. Khehar, heard then Attorney-General Mukul Rohtagi, who said that Justice Karnan should face contempt proceedings for his “scurrilous” letters against sitting and retired judges of the Supreme Court and the High Court.

The Bench in its judgement stated that “the actions of Shri Justice C.S. Karnan constituted the grossest and gravest action of contempt of court. He is therefore liable to be punished for his unsavoury actions and behaviour.”