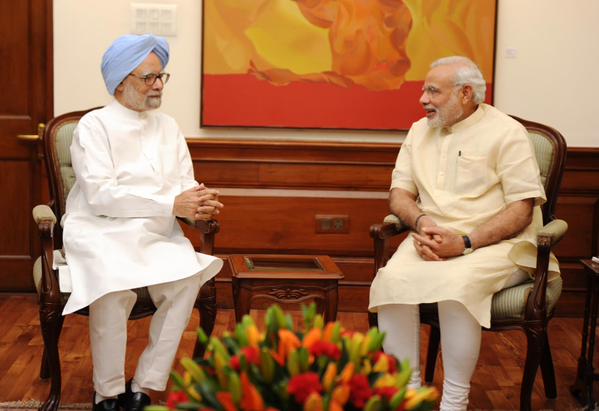 New Delhi, Dec 20 (IBNS): The Opposition in  Parliament stalled  proceedings and forced adjournment  in both houses demanding an apology from Prime Minister Narendra Modi for his remark against . Manmohan Singh over an alleged secret meeting with Pakistan to defeat the Bharatiya Janata Party (BJP) in the recently conclude Gujarat election, media reports said.

The Opposition, with the Congress in front, protested against Modi's remark during the Gujarat campaign and insisted that the PM apologise.

However, Rajya Sabha Chairman Venkaiah Naidu turned down any such possibility,  saying "no one will apologise".

Naidu said: "This is not the way. No one will apologise. (Because) Nothing has happened in the House."

Prime Minister Narendra Modi's allegation during his Gujarat poll campaign -- that Pakistan was trying to meddle in Gujarat elections -- has given rise to a lot of debate.

PM Modi raised the issue of the dinner thrown by Mani Shankar Aiyar and suggested that the Congress was conspiring with Pakistani leaders to prevent the BJP from winning the election in Gujarat, where the party has been in power for 22 years, media reported.

Singh counter-attacked Modi and accused him of spreading "falsehood and canards" in a bid to win the Gujarat Assembly polls.

He had asked Modi to 'apologise' to the nation.

In a statement released by the ex-PM, he has denied all allegations made by Modi that he and others were invited to a dinner at Congress leader Mani Shankar Aiyar's residence with Pakistani diplomats and discussed the Gujarat election.

"I am deeply pained and anguished by the falsehood and canards being spread to score political points in a lost cause by none less than Prime Minister, Shri Narendra Modi," Singh said in his statement.

"Sadly and regrettably, Modi is setting a dangerous precedent by his insatiable desire to tarnish every Constitutional office including that of a former Prime Minister and Army Chief," Singh said.