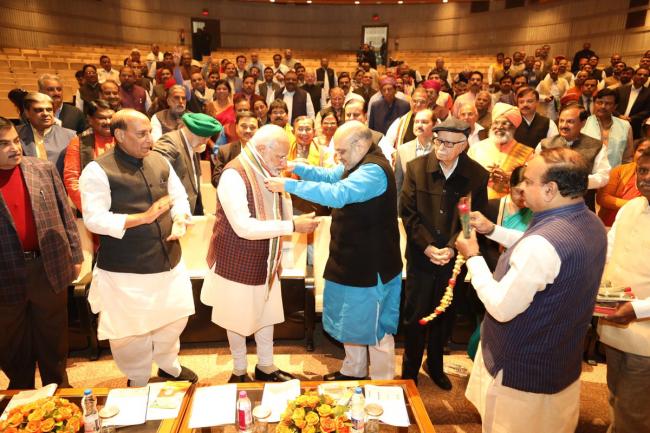 New Delhi, Dec 20 (IBNS): After retaining Gujarat and sweeping Himachal, Prime Minister Narendra Modi turned emotional at BJP Parliamentary meet on Wednesday as he  boasted on the saffron rule in 19 states, more than what Congress had under Indira Gandhi's regime , media reports said.

Modi, who met his BJP MPs for the first time after twin victories, reportedly told: "This is a big victory, we are now ruling 19 states. Even Indira Gandhi, when she was in power, was in 18 states."

The PM, who was given a standing ovation by his colleagues and greeted by BJP President Amit Shah, made the MPs cautious about complacency. 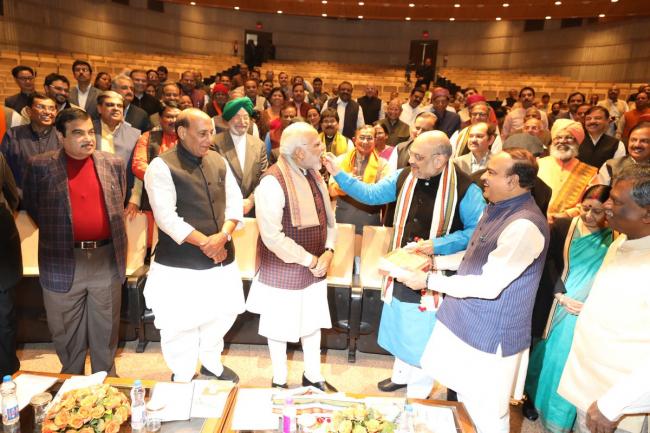 Resisting the Congress scare, BJP could manage to retain Modi's home turf Gujarat by winning one short of 100 seats to return to power for the sixth term in the state.

The entire 2017 was a fruitful year for the BJP. The Modi wave started off the year by a landslide victory in Uttar Pradesh bagging 325 seats in a huge Assembly of 403 members. 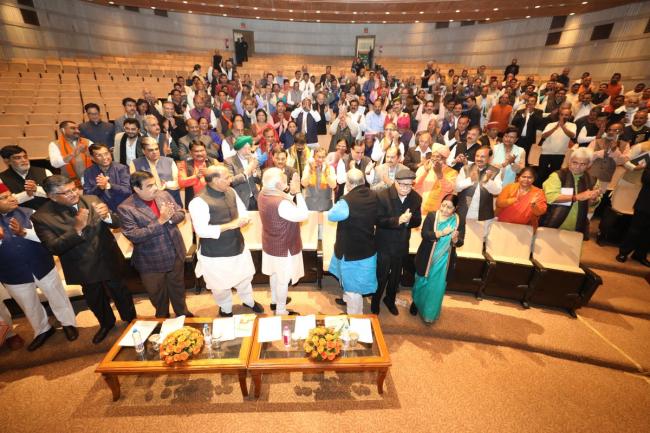 BJP, despite coming second in Goa and Manipur, formed the state government with the support of smaller parties.

Bihar, which was lost to grand alliance in 2015, also came under the belt of Modi-Shah rule as JD(U) leader and CM Nitish Kumar ditched RJD and Congress to forge alliance with the BJP.