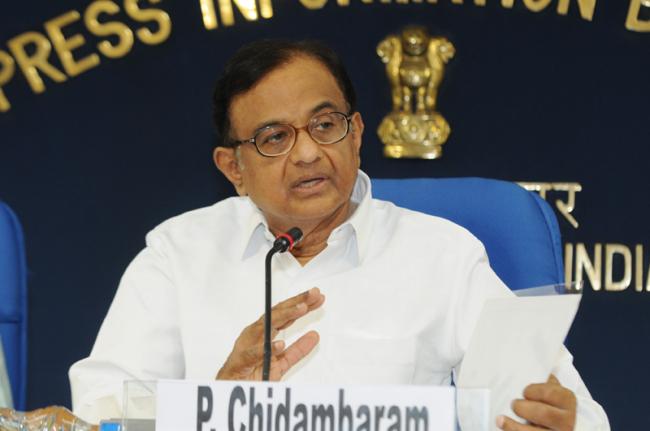 New Delhi, Dec 14 (IBNS) : Veteran Congress leader and former Union Finance Minister P Chidambaram on Thursday hit out at the BJP for lodging a complaint with the Election Commission over an interview of party President Rahul Gandhi and said the "double standard" being pursued by the ruling party shows its desperation to win the Gujarat polls which it stands to lose.

According to reports, Chidambaram questioned as to why BJP filed complaint against Rahul Gandhi for giving an interview to a television channel while Prime Minister Narendra Modi had made a speech, BJP President and the Railway Minister made interviews only on Wednesday.

Chidambaram accused the poll panel of sleeping on the job and also asked people in Gujarat to "change" the BJP government in the state.

"Allowing a roadshow of PM on voting day is a gross violation of code of conduct. It is an election campaign. What is the EC doing?" Chidambaram asked.

Earlier, the Election Commission had  issued a showcause notice on Wednesday to Congress President-elect Rahul Gandhi after TV channels in poll-bound Gujarat aired his interview in alleged violation of the Model Code of Conduct (MCC).


"Explain why action should not be taken against you for violating provisions of MCC, failing which Commission will decide matter without any further reference to you," said the notice issued to the Congress scion on the eve of the second and final phase of voting in Gujarat.

Reacting to the EC action,   Congress’ Ashok Gehlot said PM Modi's roadshow after casting vote is a clear case of violation of the model code of conduct. He alleged that Election Commission seems to be working under pressure from PM and PMO.

Congress spokesperson Randeep Surjewala  also said that the Chief Electoral Officer is acting like a PS to the Prime Minister and that is a matter of shame to the Election Commission.

"Will expose the ‘double standards’ of an Election Commission subservient to whims of BJP and the entire scam on NPA’s," AICC spokesman Randeep Singh Surjewala tweeted.

" PM holds a road show & pliable agencies subvert the Constitution. Is the EC acting as PS to PM abdicating its Constitutional duties?" he said.

The second and final phase of the Gujarat elections is being held today. The votes will be counted on December 18.