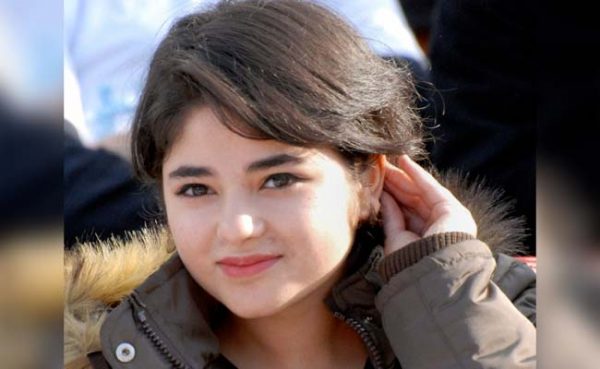 The businessman has been booked under the Protection of Children from Sexual Offences (POCSO) Act and other sections, reports said.

Zaira has alleged that she was molested on the flight by a middle-aged man sitting right behind her while travelling from Delhi to Mumbai.

The actress shared this in an Instagram live chat.

She alleged that she got no help from the flight crew even on complaining.

“I just landed, the whole irony of this that I yelled… and this is not done… this is not how you should be treated or made to feel… this is terrible. This is how they will take care of girls? No one will help us if we don’t decide to help ourselves and that is the worst thing,” she said during the live chat.

Zaira also shared an image of the man’s foot, which was placed on her arm-rest.

In a series of texts, Zaira wrote: “It was all chill till I felt somebody brushing against my back while I was half asleep. I ignored it the first time. Blamed the turbulence for it. Until I woke me up to this PLEASANT SIGHT of his Beautiful foot rubbing my back and neck. Guess he couldn’t sit like a civilised human being and placed his foot on my armrest while he’s fully PHELAOED his body on his seat.”

"So, I was in a flight travelling from Delhi to Mumbai today and right behind me one middle-aged man who made my 2-hour journey miserable. I tried to record it on phone to understand it better because the cabin lights were dimmed, I failed to get it," she continued.

"The lights were dimmed, so it was even worse. It continued for another 5-10 minutes and then I was sure of it. He kept nudging my shoulder and continued to move his foot up and down my back and neck,” she wrote.

Air Vistara issued a series of statements later stating that they are looking into the incident.

“We @airvistara have seen the reports regarding @ZairaWasimmm experience with another customer on board our flight last night. We are carrying out detailed investigation and will support Zaira in every way required. We have zero tolerance for such behaviour,” the airlines tweeted.