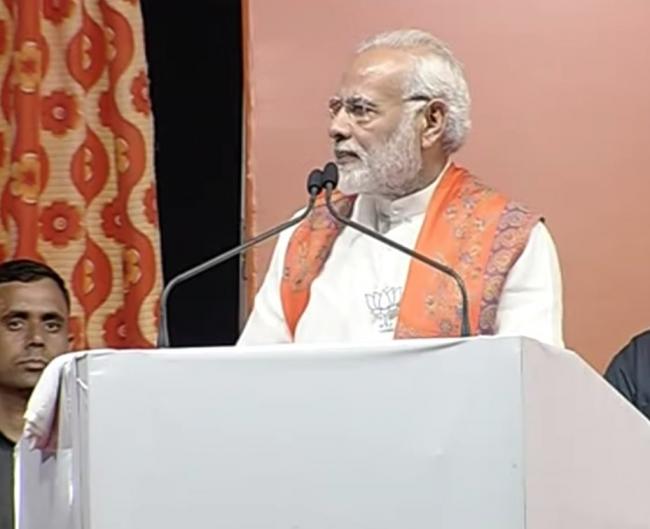 Won't allow anything wrong to happen in India: Modi

Vadodara, Dec 10 (IBNS): Prime Minister Narendra Modi on Sunday said he will not allow anything wrong to happen in India.

"I will never allow anything wrong to happen in this nation. Important to safeguard the rights of the poor and middle class," Modi said while addressing a poll rally in Vadodara.

He said Congress leaders were worried due to note ban in 2016.

"During demonetisation the nation stood with me. They embraced short term pain for long term gain. Congress leaders got worried because everything that they accumulated has gone," he said.

Attacking Congress, he said: "These elections are about the Vikas agenda of BJP versus the destructive politics of the Congress:."

He said Vadodara city is a special city to him.
.
Gujarat voted in the first phase of Assembly polls on Saturday.