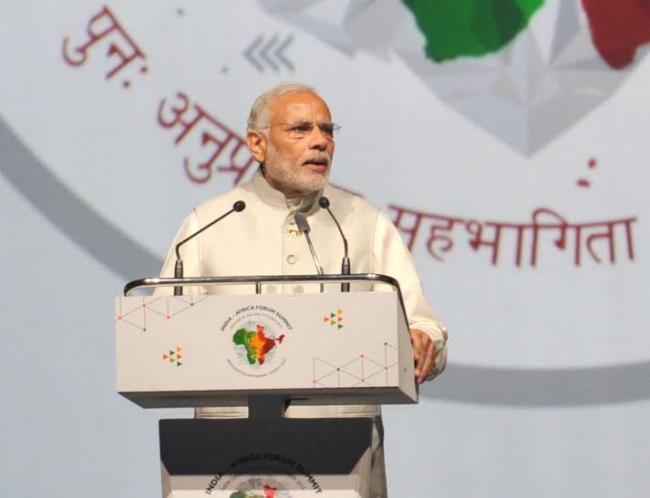 "The same Mani Shankar Aiyar, who insulted Gujarat, held secret meetings with Pakistan High Commissioner. What was the reason? Why are people who previously held high posts in military-intelligence establishment of Pakistan writing that we should help make Ahmed Patel the CM," said PM Modi.

Modi has been targeting Mani Shankar Aiyar recently after the latter had called him a "neech aadmi" or "low person."

On Friday, Modi alleged that Aiyar had talked about 'supari' (contract) to get the PM out of the way during his visit to Pakistan.

Addressing another high-voltage rally in poll bound Gujarat's Banaskantha area, Modi said: "Mani Shankar Aiyar told people when he visited Pakistan to remove Modi from the way and then see what happens to India-Pakistan peace."

" You wanted to give Modi's 'supari', People should not worry as goddess is protecting me," he had said.

This came after Aiyar, who had once called Modi a "chaiwala" or "tea-seller", had attacked the PM calling him "neech aadmi" or "low person" after the latter took a jibe at Congress Vice President Rahul Gandhi at the inauguration of the Dr. Ambedkar International Centre.

After disapproving his remark, the Congress party last Thursday suspended Aiyar for the remark.

Congress spokesperson Randeep Surjewala had tweeted that the party decided to suspend Aiyar after serving him with a showcause notice.

Aiyar's comment came after the Prime Minister took a swipe at Rahul during the inauguration of the Dr. Ambedkar International Centre by calling the Congress' would be President a Shiva devotee.

Modi  had said that some parties were seen to talk more about Baba Bhole (Lord Shiva) than Babasaheb.

Reacting to Modi's jibe at Rahul, Aiyar had told media: "Modi is a very cheap type of a person, he has no manners and always has a tendency to play petty politics."

Both Modi and the Bharatiya Janata Party (BJP) were quick to respond to Aiyar's comment.

In a series of tweets, Modi had tried to snub Aiyar's comment. In one of his first tweets, the PM had said: "I have nothing to say on a ‘wise’ Congress leader calling me ’Neech'. This is the Congress mindset. They have their language and we have our work. People will answer them through the ballot box."

"They can call me 'Neech'- Yes, I am from the poor section of society and will spend every moment of my life to work for the poor, Dalits, Tribals and OBC communities. They can keep their language we will do our work."

"I beg to the people of India- please let them be. Let them keep calling me 'Neech' we will not respond. In our hearts we do not have this mindset and want to congratulate them for theirs. If anything- we will answer them for their mindset by our votes on 9th and 14th" Modi tweeted later.

Union minister Ravi Shankar Prasad, on behalf of the ruling BJP, held a press conference to attack the Congress over Aiyar's comment. Prasad had said  the comment reflects the "feudalistic and arrogant thinking" of the Congress party.

"It is the feudal, arrogant thinking that only they (Congress) can rule India and no one else," the Union minister had said.

Prasad believed that the comments from the Congress party "are a part of a design to demean our PM because he is born of a poor family. It is an insult to poor people of India and Gujarat."

He also said Aiyar's comment had full approval of Congress' would be President Rahul Gandhi.