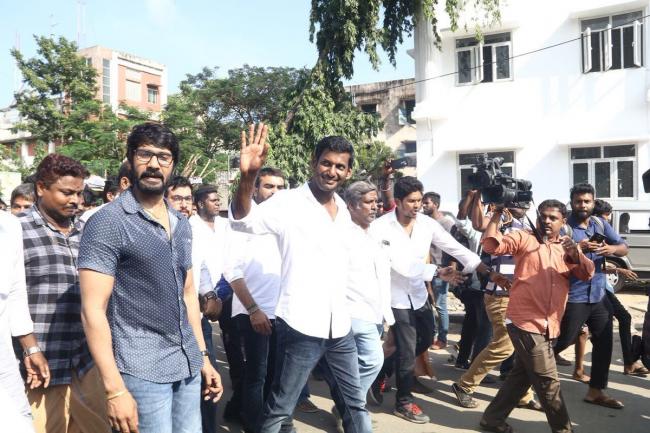 Chennai, Dec 9 (IBNS): In a surprising move, the Election Commission removed a senior official, who was in charge of conducting the RK Nagar by poll in Tamil Nadu, after the disqualification of southern actor Vishal's nomination, media reports said.

K Velusamy, who was the returning officer, has been replaced by Praveen P Nair, report said.

Velusamy's transfer was recommended by the Chief Electoral Officer.

Vishal's nomination was rejected by the Election Commission on Tuesday which prompted the actor to hint at a conspiracy behind the development.

Vishal had filed his nomination as an independent candidate for the by-polls.

Vishal had announced that he will  appeal to Prime Minister Narendra Modi and President Ram Nath Kovind over the Election Commission’s flip-flops over his nomination for the by poll.

The by poll is scheduled to be held on Dec 21.