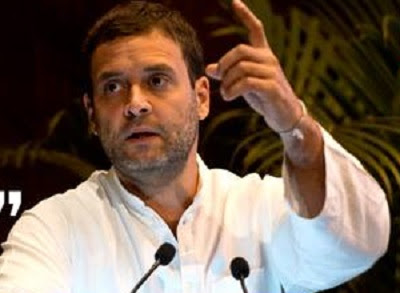 New Delhi, Dec 8 (IBNS): Congress Vice President Rahul Gandhi on Friday slammed the Bharatiya Janata Party (BJP) for its "arrogance" and claimed that the saffron party released its manifesto for Gujarat assembly election only after the his party raised questions on the same.

"We raised questions about manifesto and the BJP hastily prepared it. When the Congress party asked for it, Arun Jaitley released the same. They think they don't need the manifesto as they believe the BJP will govern here for 100 years.Such is their arrogance," Rahul said while addressing a rally.

The manifesto was unveiled a day before Gujarat votes in the first of the two-phase election.