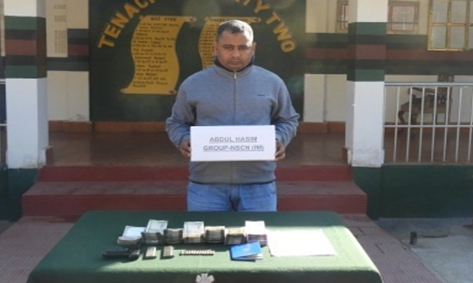 According to the reports, based on intelligence input, the troops of 32 Assam Rifles  under the aegis of HQ IGAR (North) and Nagaland police had jointly launched an operation at super market area in Dimapur on Wednesday and apprehended a NSCN (IM) militant.

Later the apprehended militant along with recovered items was handed over to East Police Station, Dimapur for further investigation.