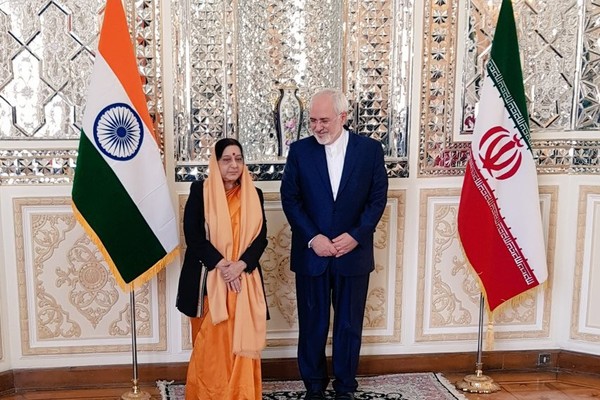 Tehran, Dec 2 (IBNS): External Affairs Minister Sushma Swaraj on Saturday met Iran Foreign Minister Javad Zarif during her visit to Iran as she is returning from Sochi after attending the SCO Summit.

Zarif hosted a luncheon meeting where both sides discussed the various aspects of India-Iran relations and ways to strengthen it.

Both sides positively reviewed the initiatives undertaken since the visit of Indian Prime Minister Narendra Modi to Iran in May 2016 including cooperation in Chabahar Port which will be inaugurated by the President of the Islamic Republic of Iran  H.E.Mr Hassan Rouhani on Sunday in the presence of Ministers from India, Afghanistan and the region.

Both Ministers also exchanged views on regional and global developments of mutual interest.