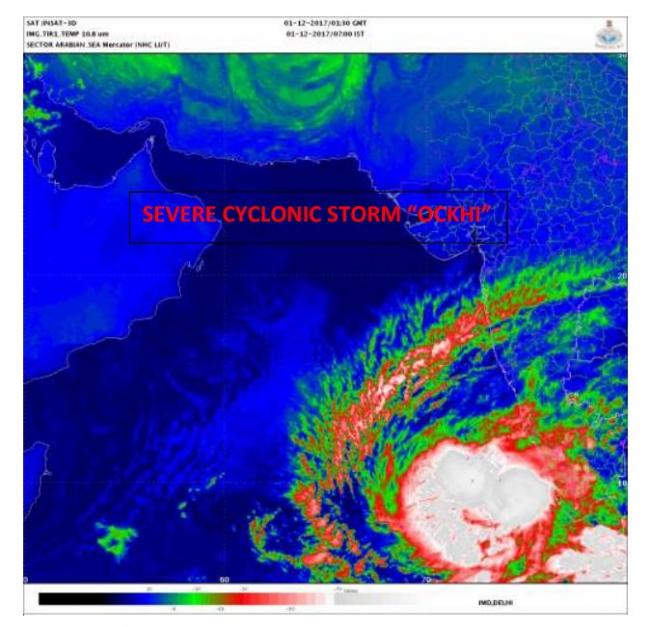 Chennai, Dec 1 (IBNS): Cyclone Ockhi has devastated normal life in many areas of Tamil Nadu and Kerala and is likely to disrupt life in Lakshadweep, according to media reports on Friday.

Home Minister Rajnath Singh has spoken to DG NDRF and  reviewed the situation in the areas affected by cyclone Ockhi.

Schools have shut down in many of the affected areas.

According to media reports, the heavy rains have left eight people dead in the two southern states.

The Indian Navy has rescued eight fishermen out in the sea, of whom two are in critical condition, local media said.

According to another report, the Navy is engaged in rescuing 24 stranded people.

The NDRF teams have already been moved to the affected areas. More teams are on standby to respond to any further emergencies. Ministry of Home Affairs is also closely monitoring the situation, the ministry said in a tweet.

.The name Ockhi was given by Bangladesh, under the the tropical cyclone naming system initiated by the World Meteorological Organisation (WMO) and the United Nations Economic and Social Commission for Asia and the Pacific (ESCAP) in 2000.

The next cyclone will be named Sagar, given by India.