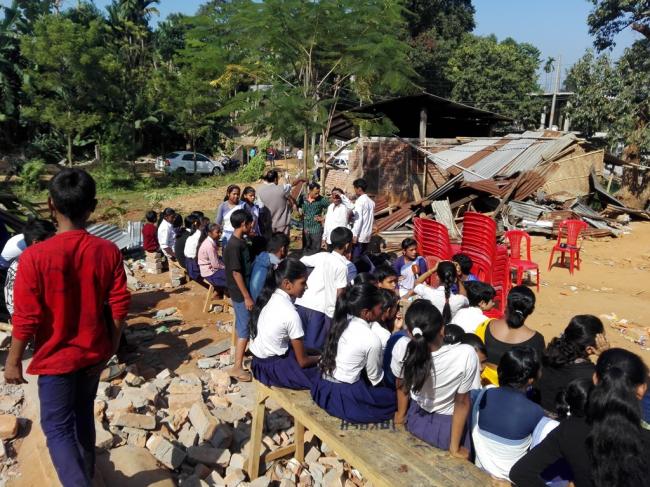 Guwahati, Nov 30 (IBNS): To protect one horned rhinoceros and combat with poachers, Assam forest guards will be equipped with sophisticated weapons soon.

“Today we have got some weapons among the deal. We are hoping to get all weapons within a month,” Pramila Rani Brahma said.

The Assam forest minister also said, "We are looking to deploy more security personnel in Kaziranga National Park (KNP and other national parks, wildlife sanctuaries in the state."

“We have already trained up 45 foresters by arms training and another group of 78 foresters training is going on,” Brahma said.

On the other hand, the Assam minister said that, the state government will rehabilitate the families, who had become landless in flood and erosion were evicted from Amchang wildlife sanctuary outskirts of Guwahati recently.

“A total of 720 families were evicted in the recent eviction drive in Amchang wildlife sanctuary. If there have any families who had become landless in flood and erosion they will be rehabilitated and the state forest department has already identified a location near East Abricola, Sonapur for it,” Brahma said.

Pramila Rani Brahma further said that, after massive protests against the eviction drive in Amchang, the state forest department has decided to stop the drive and it will restart if the people of Assam want.

The Assam minister also said that, she will provide all adequate measures including rented house, foods to the students, who will appear in the next HSLC examination, those were evicted recently.