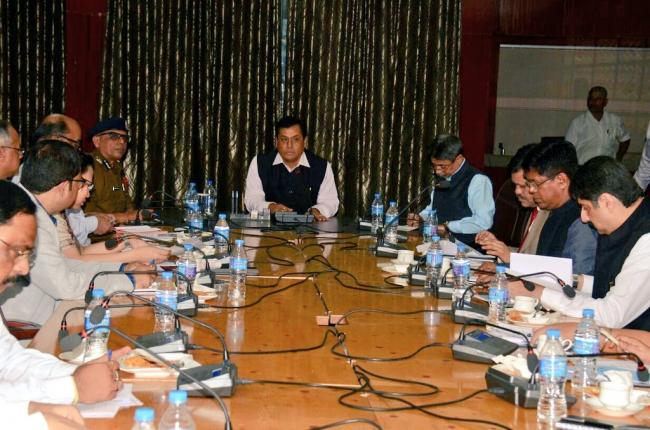 Guwahati, Nov 27 (IBNS): As a prelude to the first ever Global Investors’ Summit slated to be held in the month of February next year, Assam Chief Minister Sarbananda Sonowal on Monday launched a road show at a city hotel in Kolkata to elicit participation from the industrialists and prospective investors.

Business delegates from as many as 60 countries across the world participated in the event which was organised to present the inherent potential, prosperity and possibilities of Assam.

A power point presentation was given to make the foreign industrialists aware of Assam and the business opportunities and geo-strategic location that the State enjoys to become the gateway to the 10 South East Asian countries.

As a part of the global investors’ summit, Sonowal held one to one discussion with industrialists and investors to woo investments in the State.

The business to business discussion was held in a congenial atmosphere where Sonowal apprised the industrialists of the State’s turn around to a growing economy with a promise to expedite economic growth potential to social empowerment.

The Assam CM drew the attention of the investors to Assam’s pro-business and investment friendly climate like ease of doing business and creation of land bank for development of industries etc.

Infusing confidence in the investors, Sonowal informed them that ever since the new dispensation in the state came to power the Assam accumulated investment to the tune of Rs. 6500 crore.

He also said that the law and order situation of the State has improved considerably which is conducive to investment.

He said that he had requested the Union Civil Aviation Ministry to extend ambit of the UDAN scheme so that flight connectivity between Assam with other ASEAN countries increases so that Centre’s Act East Policy reached its logical conclusion.

“Closer engagement with the ASEAN countries would augur well to spearhead a new paradigm of development and revive business and investment cycle,” Sonowal said.

Later talking to foreign business delegates and investors at a programme titled ‘Horasis Asia Meeting’ the Assam CM gave a broad overview of State Government’s initiatives to bolster complete transformation of the State to become an epicentre of country’s economy.

It may be noted that countries like USA, Japan, Australia, Brazil expressed their desire to bring in their business delegation in big numbers to participate in investors’ summit and investment in Assam.