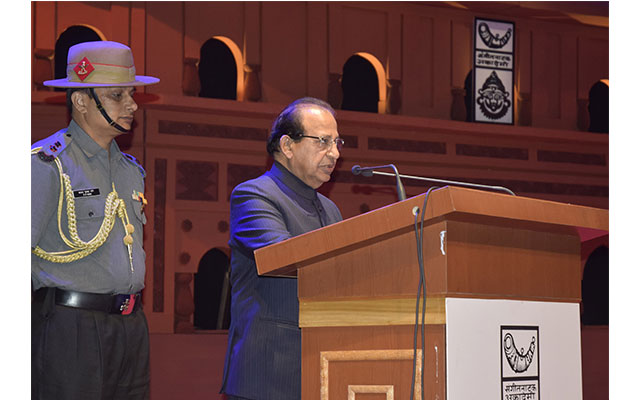 Guwahati, Nov 27 (IBNS) : Assam Governor Prof Jagdish Mukhi on Monday presented the Ustad Bismillah Khan Yuva Puraskar- 2016 to 32 young  artistes of the country who have made a mark as young talents in their respective fields of performing arts at a special award presentation ceremony at Srimanta Sankardeva International Auditorium in Guwahati.

Speaking on the occasion, the Assam Governor expressed his pleasure to be a part of the prestigious and special ceremony and said it is the universal spirit of the artist in all of us that have gathered us here to celebrate. Our award-winners represent the whole of India.

He also said that youth is a wondrous time when dreams are lofty and spirits are high, therefore efforts exerted in the right direction at this age will yield proper fruit, that is, success and recognition and all round development.

Citing examples from the Mahabharata , the Assam Governor said that from the age of 16 years to 24 years are the most crucial years, the most important years in an individual’s life where he or she crystallizes  his or her plans for the future.

If one knows one’s goal well during these nine years, one can prepare a blueprint for one’s success in the future.

“Our country India, since time immemorial has been a home to creativity and the arts. We worship  Saraswati – the goddess of learning and the Arts. Her sons are the four Vedas –Rig, Sam, Yajur and Atharva – all a treasure trove of wisdom. So, for us, arts- be it dance, music, theatre, folk, tribal  - all are spiritual pursuits.  It is something noble and is even seen as a doorway to liberation or moksha,” the Assam Governor said. 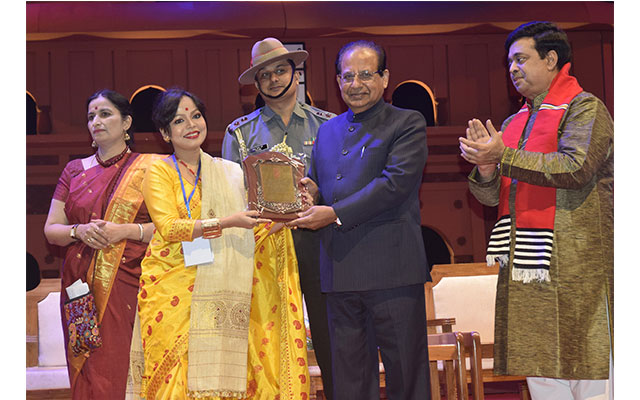 “Almost 56% of India’s population is below the age of 35 and human resource is our greatest asset. It is the youth of India who represent her hopes, dreams and aspirations,” the Assam Governor said.

He also lauded the Great shehnai maestro Ustad Bismillah Khan Saheb, as an extraordinaire who single handedly brought the Shehnai on the world stage. Even after receiving the Bharat Ratna, India’s highest civilian honour and achieving international fame he would reside in the city of Banaras for he believed in “think global, act local”.

Prof Mukhi urged on the youth to look upto the great maestro and work accordingly.

The Assam Governor congratulated the Sangeet Natak Akademi for its tireless efforts in promoting the arts across the country. The mission, vision and efforts to carry out  projects and programmes at such a scale deserve our appreciation.

He also congratulated the awardees, their parents, Gurus and families.

He also requested the awardees to repay the debt to the Gurus  by  imparting the art to a new set of disciples to carry forward the tradition of arts of our great country. 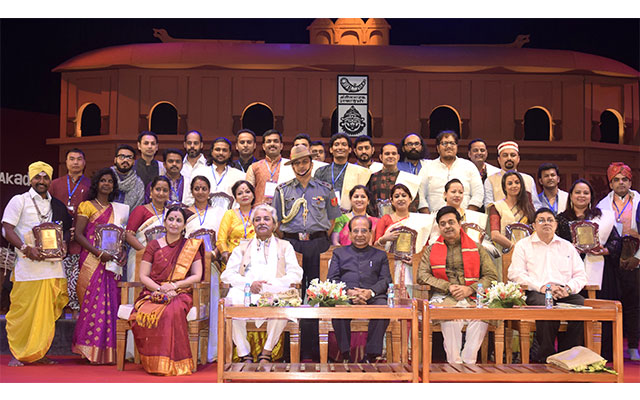 In the field of theatre, eight recipients are Manish Joshi in Playwriting; Kedar Thakur and Mohit Takalkar in Direction; Neeraj Gupta and Vikrant Sharma in Acting; Soma Das in Mime; Gagan Mishra in Allied Theatre Arts – Lighting, and Jayachandra Varma Rekandar in Other Major Traditions of Surabhi Theatre.

Chairman of Sangeet Natak Academy Shekhar Sen, commissioner of the state cultural affairs department Pritam Saikia,  renowned actor Pranjal Saikia along with a host of other dignitaries were also present at the award presentation ceremony.