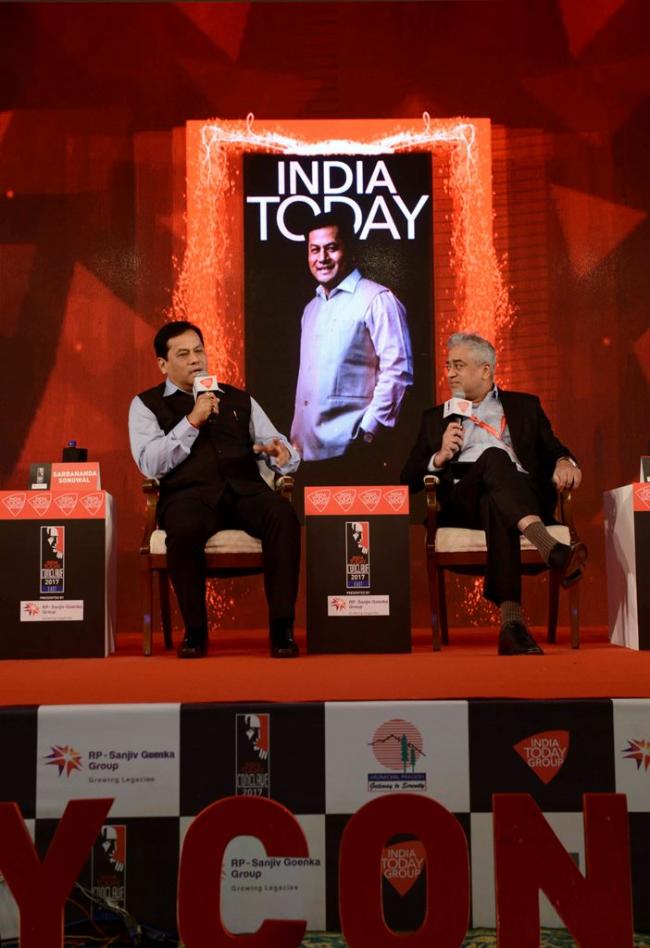 I am ready to go jail if found to be indulging in corrupt practices: Sonowal

Guwahati, Nov 25 (IBNS): Assam Chief Minister Sarbananda Sonowal on Saturday said that he is ready to go jail, if he is found to be indulging in corrupt practices.

Participating in the India Today Conclave East 2017 in Kolkata which was conducted by consulting editor of India Today Group Rajdeep Sardesai, Sonowal said that, if any minister or even Chief Minister is found to be indulging in corrupt practices, action will be taken against him.

The Assam CM further said that, accordingly, there has been an intense crackdown on corruption and corrupt functionaries.

He also said as a result of his government’s unrelenting war against corruption, a record number of 21.6 per cent growth has been registered in revenue collection in the state in the last one year. He also maintained that no prejudice or favouritism were allowed to creep in, in the government’s tirade against corruption to give people a good governance.

Sonowal further said that, Assam and other North -Eastern States of India once hitherto considered a remote area, tucked in connectivity issue is fast emerging as the gateway to the 10 South East Asian Countries with immense potential of being the sunrise area of India’s economy.

“North East with its immense potential is poised to be new growth engine and the launch pad of India’s presence in the ASEAN countries,” the Assam CM said.

Referring to Prime Minister Narendra Modi’s reiteration of North East being Asta Laxmi, Sonowal said that the perfect alignment between the Central and State Government, Assam is now ready to lead the league of eight north eastern states and corroborate the Centre’s act east through India’s north-eastern region.


On being asked about his tirade against corruption to make the administration more responsive to development, Sonowal said that, from the very first day I took over office, I declare a war to weed out corruption from all levels.

On being asked about infrastructural slackness as one the main reasons responsible for creating impediment towards growth, Sonowal said that Assam has been prone to flood since 1951.

He however, said that for the permanent solution of the perennial flood in Assam, the Centre under the directive of Prime Minister Narendra Modi has constituted an expert committee with the Vice Chairman of NITI Aayog as its head to study the overall problem of flood taking into cognizance international reasons contributing to flood in Assam.

Moreover, on the issue of economic development the Assam CM said that his government is taking Assam to new frontiers. The state has immense natural beauty.

“Perhaps the last frontier which the Indian and international tourists would prefer to visit. The mighty Brahmaputra and the Barak, national parks and ten game sanctuaries, the lush green tea gardens, golf course, the hills are just a few examples of awesome Assam,” Sonowal said.

In this backdrop, Assam is all set to organise the Global Investors’ Summit on 3 and 4 February, 2017 to woo the investors to invest in Assam, Sonowal professed.

It may be noted that in the India Today Conclave East 2017, personalities like West Bengal Chief Minister Mamata Banerjee, former international cricketer Sourav Ganguly, Bollywood actress Rani Mukherjee, Minister of State for Home Kiren Rijiju along with other famed personalities took part. Editor-in Chief of India Today Group AroonPurie along with host of dignitaries were also present at the event.