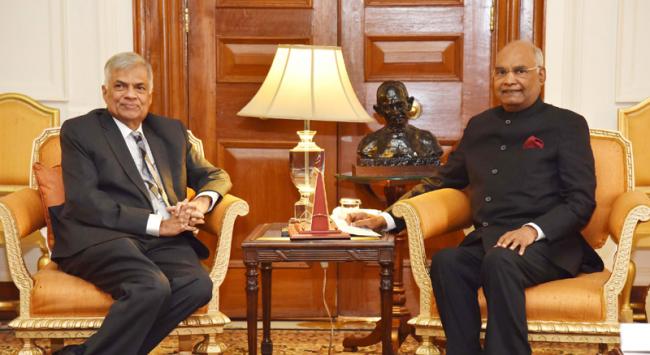 Welcoming the Sri Lankan Prime Minister to India, the President said that India supports his vision to create a stable and prosperous Sri Lanka.

The President said that relations between India and Sri Lanka are unique, warm and friendly.

"They are based upon shared historical, cultural, ethnic and civilizational ties and extensive people-to-people linkages," said he.

"India is keen to strengthen the economic pillar of its relationship with Sri Lanka.  There is a lot that can be achieved, given the synergy and economic complementarities between the two countries," Kovind said.

The President reiterated India’s "firm commitment" to partner with Sri Lanka on projects of mutual interest.