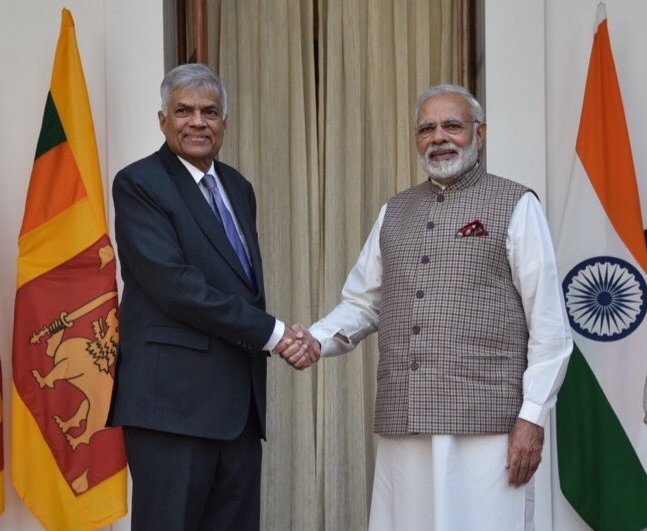 The prime ministers of both countries also attended the Opening Session of 5th Global Conference on Cyber Space 2017 in New Delhi, on Thursday.

According to media reports, the meeting between the two prime ministers is of significance as India has expressed an interest in investing in Mattala airport in Hambantota district of Sri Lanka.

PM Wickremesinghe, who arrived in Delhi on Wednesday, was received by Indian envoy to Sri Lanka Taranjit Sandhu.