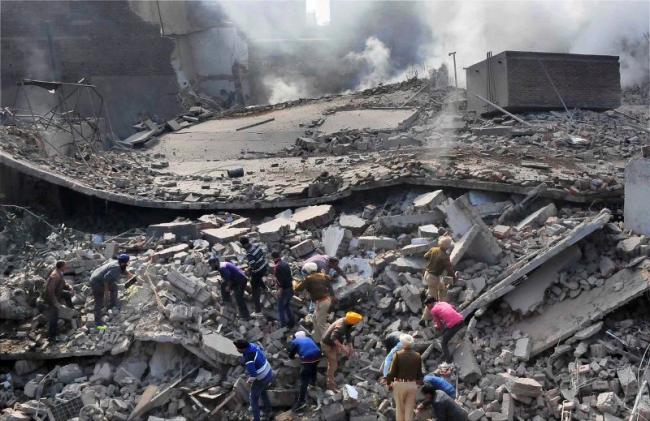 Ludhiana, Nov 21 (IBNS): While rescue workers continued to look for people buried under debris, the death toll in the Ludhiana plastic factory fire rose to 10 on Tuesday morning, according to media reports.

The multi-storied building in Mushtaq Ganj near Cheema Chowk caught fire on Monday resulting in collapsing of the roof and part of the building.

The media quoted an officer from the rescue team as saying that 10 bodies have been taken out of the debris and a few more feared trapped underneath the rubble.

Two of the deceased have been identified as fireman Puran Singh and taxi service owner Inderpal Singh, reported Hindustan Times on Monday.

Several teams of NDRF, SDRF, the Army and Punjab Police are involved in the rescue operations.

Punjab Chief Minister Capt, Amarinder Singh tweeted on Tuesday, "Deeply pained at the loss of lives due to the unfortunate fire that broke out in a factory at #Ludhiana. Rescue operation is still on, will leave for Ludhiana shortly to access the situation."