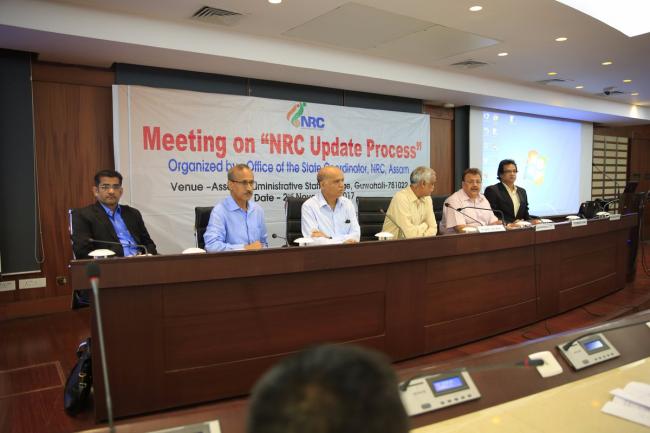 New Delhi/Guwahati, Nov 18 (IBNS): The Central government has sent 50 additional companies of para military forces to Assam to prevent disruption in law and order in the state ahead of publication of the draft National Register of Citizens, according to media reports on Saturday.

The Assam government had requested the Centre to depute additional forces in state to maintain law & order, media reported.

According to reports, Assam began to update the National Register of Citizens in 2015, to prepare a definite list of citizens and allegedly identify illegal Bangladesh immigrants.

The Assam government began to tighten security in the state to prevent any communal tension after Arshad Madani, chief of the Jamiat Ulema-e-Hind, allegedly said during a meeting in New Delhi that the process of updating of the National Register of Citizens in Assam would turn India into Myanmar, resulting in lakhs of Muslim women being expelled from the country, according to media reports.

A tweet from the Chief Minister Assam handle quoted the Chief Minister as saying, "No genuine Indian citizen belonging to any religion will face any problem during NRC updation process. Unscrupulous people who try to derail the process will be considered as enemy of the nation."

Chief Minister Sarbananda Sonowal also said on his personal twitter handle, "Some elements are trying to destabilise the peaceful atmosphere of Assam. I appeal to the people to stand united against those divisive forces."

According to a report by the Economic Times, "Registrar General of India (RGI) Sailesh has submitted before the Supreme court that the entire process of preparation and publication of the draft National Register of Citizens (NRC) in Assam will be completed on or before July 31, 2018."