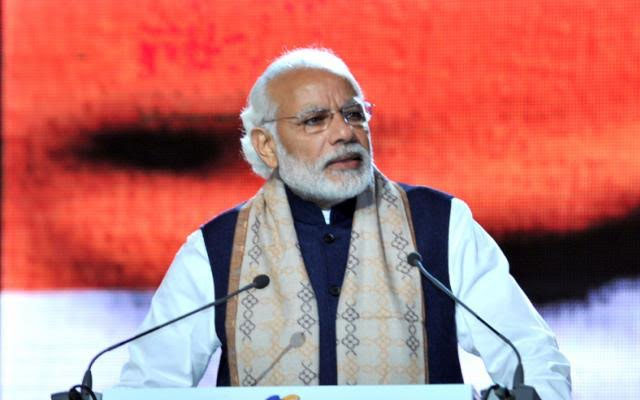 New Delhi, Nov 3 (IBNS) : Prime Minister Narendra Modi on Friday inaugurated the World Food India 2017 festival, calling upon global investors to business in India, "one of the fastest growing economies in the world."

Modi said it was an opportune time for global businesses to invest in the country since doing business has  been made easy by his Government through various measures. .

"India has jumped 30 ranks this year in the World Bank's (Ease of) Doing Business rankings. India was ranked number one in the world in 2016 in greenfield investment," he said.

The PM said private sector participation has been increasing in many segments of the value chain, though  more investment is required in contract farming, raw material sourcing and creating agri-linkages.

"There are opportunities in post-harvest management, like primary processing and storage, preservation infra, cold chain and refrigerated transportation.

"There is also immense potential for food processing and value addition in areas such as organic and fortified foods."

He said food processing was a way of life in India that had been practiced for ages.

"Simple, home-based techniques, such as fermentation, have resulted in the creation of our famous pickles, papads, chutneys and murabbas that excite both the elite and the masses across the world."

World Food India, a three-day event that celebrates the food and beverage industry in India, will be a large gathering of investors, manufacturers and organisations from the global food ecosystem.

More than 40 countries and 27 states governments are participating in the exhibition, being organised in association with industry body CII.