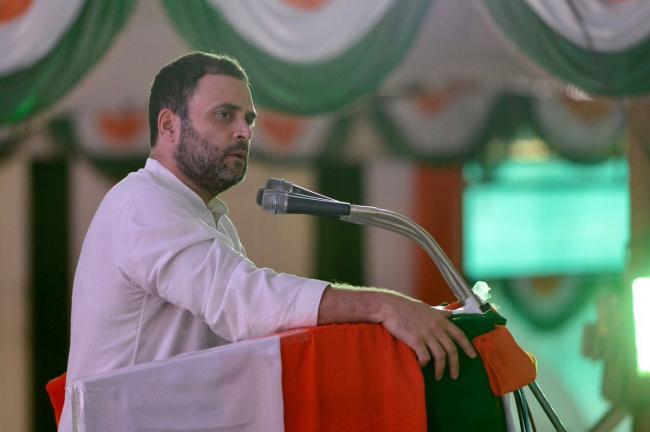 New Delhi, Oct 30  (IBNS): Congress vice president Rahul Gandhi is chairing a key meeting of his party and is also expected to discuss on Goods and Services Tax (GST) later in the day, media reports said.

Earlier, Rahul has criticised the GST, the biggest tax reform launched by the Modi government this year, calling it "Gabbar Singh Tax".

Rahul is expected to take over as the president of the Congress soon.