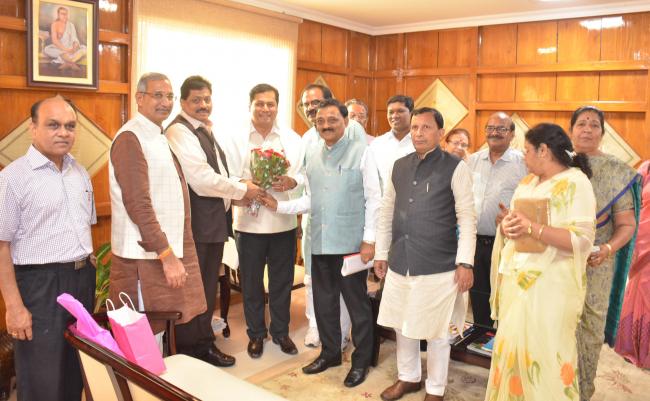 The committee members discussed about the state’s perennial flood and erosion problem with the Assam CM and informed him that they will interact with different stakeholders of the state on issues relating to the problem.

Sonowal informed the parliamentary committee members that flood and erosion is a long standing issue of the state and it has severely affected the state’s economy over the years.

“The problem of flood and erosion is getting worse with every passing year due to rampant felling of tress and siltation of the Brahmaputra and Barak Rivers as well as their tributaries. Government is therefore, working to increase the green cover of the state and has launched initiatives for planting 10 crore samplings in the state,” Sonowal said.

Sonowal further informed the members that a high level committee has been constituted to study Assam’s flood & erosion problem headed by vice chairman of the NITI Aayog as per direction of the Prime Minister.

He also pointed out that flood in Assam is a muti-state and muti-nation problem and therefore, the high level committee intends to involve all stakeholders while charting out a lasting solution of the problem.

The parliamentary committee members also shared their views on the flood and erosion problem and appreciated the state government’s efforts to tide over the challenges posed by recurring floods.