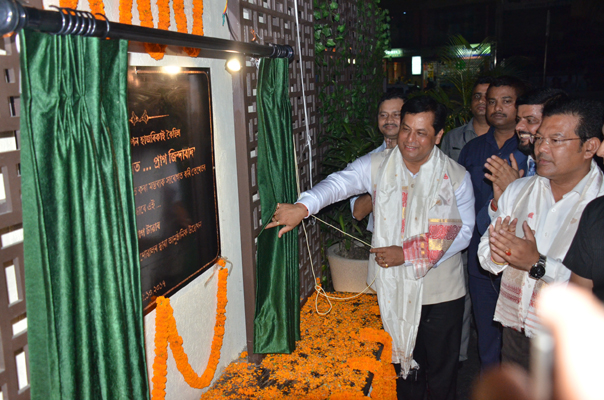 The Assam CM said this while inaugurating the new office building of Prag News Channel at Ulubari in Guwahati.

Coinciding the occasion, the Chief Minister also unveiled a statue of Dr. Bhupen Hazarika in the new office campus of the channel.

Stating that government at times may commit mistakes but a strong and conscious media help it to keep itself on right track, Sonowal in his speech called for joint initiative of the four pillars of democracy for nation building.

He also appreciated the 16 year long journey of Prag News Channel and expressed hope that it would play a more effective role in future.

Unveiling the statue of the cultural icon, the Chief Minister said that Bhupen Hazarika epitomises the essence of Assamese community.

“He taught us the lessons of humanity and always advocated for working towards the weaker section of the society,” Sonowal said.

Appreciating Prag News Channel’s initiative Sonowal said that the statue of Dr. Hazarika would always inspire the Prag News staff to work for upholding the cause of the downtrodden.