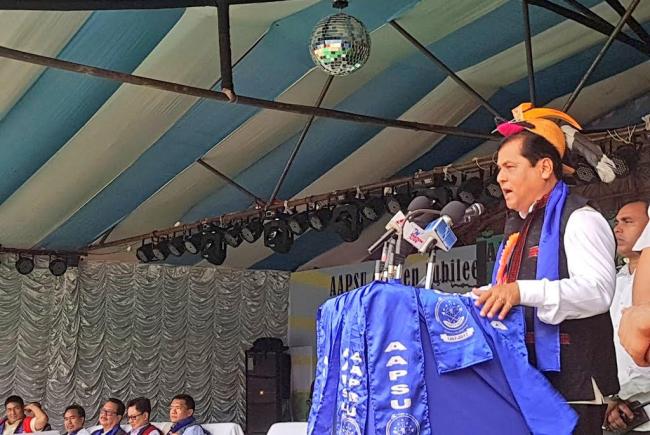 Saying that to realise the dream of Prime Minister Narendra Modi of Northeast becoming the New Engine of growth for the nation there is greater need of unity among the states, Sonowal stated the region must strive towards taking advantage of central government’s Act East policy to take NE into the high growth trajectory.

The Assam CM said that Prime Minister Modi’s directive to the central ministers to visit Northeast every 15 days shows the central government’s commitment develop the region and a plethora of schemes and programmes have already been launched by the Centre to make NE the most developed part of country.

Urging the youths of Arunachal Pradesh to work towards harnessingthe state's agriculture, horticulture, hydrology and tourism potentials tousher in a period of rapid development in all spheres of Northeastern region, Sonowal called for united effort for achieving the goals of growth and prosperity.

“Only through active cooperation and joint initiatives, the region can bring development to all sections of its people and become the ‘Astalaxmi’ of the nation as Prime Minister Modi has envisioned,” Sonowal said.

Referring to schemes such as Stand Up India, Start Up India and various skill development programmes of the central government to harness the youth power, Sonowal said that the youth must come forward and take benefit of these programmes to make meaningful contribution to the nation building process.