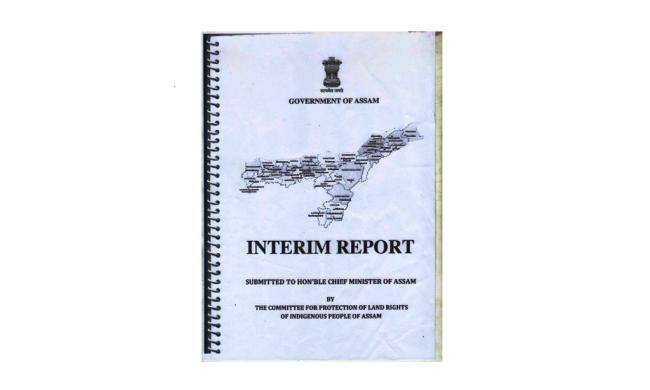 India Blooms News Service | @indiablooms | 19 Sep 2017, 08:51 pm
#Bangladesh, #Immigrants, #Assam
Guwahati, Sept 19 (IBNS): The identity and security of the indigenous people of Assam are under threat because of continuous process of illegal Bangladeshi immigration to the north eastern Indian state and it was revealed by the Committee for Protection of Land Rights of Indigenous People of Assam.

The interim report of the committee headed by former Chief Election Commissioner of India Hari Shankar Brahma submitted to Assam Chief Minister Sarbananda Sonowal on July 22 last revealed that, the illegal Bangladeshis have a dominating presence in as many as 15 out of 33 districts of Assam with the results that the threats to the indigenous people of the state.

“Illegal migration is a constant threat to the very existence of the indigenous people of Assam as also to that of Assam itself. Such threat has come from the unrestricted flow of illegal Bangladeshi immigrants whose insatiable greed for land, fills the pages of well-recorded history. Consequently, these infiltrators numbering several millions have posed a very serious threat to the indigenous people of Assam. If this massive infiltration is not checked immediately by sealing off the unplugged borders and by detecting and deporting them through a Repatriation Treaty signed between India and Bangladesh, the situation would farther aggravate,” the report said.

The report also revealed that, the illegal Bangladeshis encroached all classes of land-hills, beels, reserved forests, roadside reserved lands, Satra, tribal belt, block lands and they descend on the land like an army of marauding invaders armed with dangerous weapons, set up illegal villages, mostly on the char lands overnight, in the full view and with the tacit, if not active, connivance and encouragement of the corrupt government officers as also with abetment of the communal political leaders.

“This is the gravest danger that has posed a serious threat to protecting the rights of the indigenous people of Assam over their lands. In the recent months, gangs of illegal Bangladeshis armed with dangerous, lethal weapons have attacked the indigenous, Assamese villagers of Silapathar, Mayong, Mukalmua, Hajo areas, particularly in the vast spreads of char lands, either by displacing the indigenous farm owners or by grabbing the new, vacant chars. Similar other instances of setting up new villages or grabbing vacant patches of char lands are there. Organized encroachments on vast areas of lands of most of Satras, particularly those of the districts of Lakhimpur, Sonitpur, Nagaon, Morigaon, Barpeta, Nalbari, Dhubri, Bongaigaon, Goalpara have been made mostly by huge number of illegal Bangladeshi immigrants. Besides, the commissionof heinous crimes like murder of Satradhikars of Adi Elengi Satra, Bor Adi Elengi Satra, rape of women etc, now forms well-documented the Assam government to arrange adequate and appropriate security for protection of the life and properties of the Satras and Bhaktas including the Satradhikars. More than 8000 bighas of Satra land have been under encroachment by the illegal Bangladeshi encraochers. The organized and unabated encroachments, attacks on the Satra population and crimes committed by the suspected Bangladeshis immigrants, have not only vitiated the religious and cultured sanctity of the Satras but have also threatened the safety and security to the Satra population as also their property including the rare antiques,” the report said.

The committee headed by former Chief Election Commissioner of India Hari Shankar Brahma recommended the government that, the government should take immediate and appropriate measures to ensure that no further cross border illegal migration are allowed which is determental to peace and security of the state.

“Bold and effective steps should be initiated to evict the illegal encroachers including illegal immigrants, clear the lands under encroachment by sustained eviction operation on top priority basis and provide adequate and appropriate security measures strengthened by appropriate armed forces, where necessary, as directed by the Gauhati High Court in a case namely Civil Rule No 1649 of 1991 and full enforcement of the legal provisions in this respect, if only to alleviate the threat perceptions and fear psychosis of the Satras and protect and preserve the religious and cultural sanctity of the Satras and the Satra population,” the committee recommended in the report.

The committee further said in the report that, there are hundreds and thousands of indigenous landholders, proprietors who even after 53 years of the completion of the last survey and settlement operations in 1964, are yet to get their pattas.

“No plausible reasons for not conducting regular settlement operations or not making regular partition of estates, pattas in terms of the provisions of section 97 of the Assam Land and Revenue Regulation (ALRR), 1886,” said in the report.

The committee had prepared the interim reports after visited 23 districts of the state and meet several organizations, individuals up to May last.